Lawmakers Still Fighting For Those Impacted By Government Shutdown 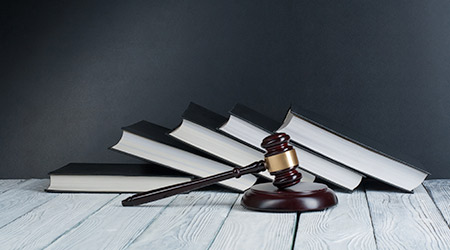 Some members of congress are continuing efforts to pay federal contract workers who were unpaid during the last government shutdown. While government employees got back pay, low wage contract workers like food service and janitorial employees did not, according to an article on the ABC4 website.

A number of lawmakers are urging Congress to take action to compensate those who are still struggling to make ends meet after the shutdown.

There are bipartisan bills currently in Congress that would provide back pay for the workers.

Lila Johnson, 71, a federal contract janitor for the Department of Agriculture, says she's still catching up on payments for her bills and loans following the shutdown. She hasn't received any back pay from the shutdown.

The contract workers weren't paid through no fault of their own, so the lawmakers are looking at ways that to adjust the contract with the private company so that these workers can be compensated," according to Maryland Democratic Senator Ben Cardin.

While attempting to prevent another government shutdown earlier this year, CleanLink reported that House and Senate negotiators tried to include several bills recently introduced to provide back pay for contractor employees. But, in the end, they were unable to include any of the provisions in the spending legislation finalized on Feb. 13.

The bills do cover the low-income employees who work at agencies as security guards, cafeteria workers and janitors, as well as some medium-income employees of contracting firms who provide agencies with supplies and services.