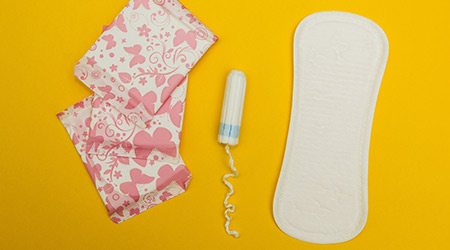 A state senator in Pennsylvania says she will soon introduce a bill that would ensure state agencies offer free menstrual products in all of their restrooms used by women and girls.

State Sen. Maria Collett sent out a memo to her fellow senate members asking that they join her in sponsoring and passing The Pennsylvania Menstrual Equity Act.

In the memo, Collett says that state restroom facilities offer toilet paper, paper towels, soap and trash receptacles to the the public at no cost because they are a basic human need. However, she points out that menstrual products don’t have to be offered for free under law, despite the fact that 51 percent of the state’s population need the hygiene tools.

“As Pennsylvanian girls and women know all too well, Menstrual Products (MPs) can be nearly impossible to access in public facilities. While the same 1921 Act outlined the need for “covered receptacles” in women’s bathrooms, no requirements have ever been set for MPs,” says Collett in the memo. “This lack of access to a basic necessity can lead to compromised health, embarrassment due to stigma, even missed days of work or school. Lack of public access is especially challenging for and punitive to those living in poverty.”

Collett isn’t alone in thinking menstrual supplies should be offered at no charge in public institutions. In May, a Massachusetts town sought to become the first municipality in the U.S. to require that free menstrual hygiene products be provided in all of its public bathrooms.

Schools in particular are trying to provide this assistance to their female occupants. New York State announced in 2018 that it would be offering free menstrual products in its public schools. The mayor of Boston and the city’s school district announced in June that a new program would be supplying free feminine hygiene supplies starting this fall.