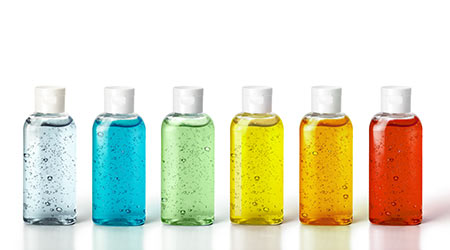 With cartoon characters placed across their packaging, it's obvious that Ashtel Studios is marketing hand sanitizer for kids. What's not evident to the kids is that these hand sanitizers are in fact hand sanitizer.

Ashtel Studios is voluntarily recalling six type of the hand sanitizer bottles it sells because they look too much like food or drink, according to the U.S. Food And Drug Administration. Sold under the brand name "Smart Care," each of the pouches are 0.84 ounces in size. Their packaging displays the following popular child-oriented themes: Barbie, Hot Wheels, Minions, Trolls, PAW Patrol and Jojo Siwa.

Ingesting hand sanitizer could potentially cause alcohol toxicity which can lead to various symptoms, including lack of coordination, drowsiness and slowed or slurred speech. In more severe cases, the toxicity could lead to coma or death.

The ingestion of hand sanitizer (both intentional and on accident) has been a major issue over the last few months, as more and more hand sanitizer is being purchased by the consumer or even offered in public settings. Presently, Georgia is having a difficult time with hand sanitizer consumption. The Georgia Poison Center reports receiving 60 percent more calls regarding hand sanitizer ingestion than it did at this time last year, reports Albany Herald. The center has received 613 calls pertaining to this issue between March and September, with 70 percent of those calls involving children younger than 12.