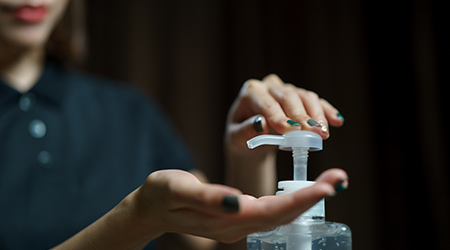 The danger of hand sanitizer consumption continues to present itself after ingestion of the toxic mix killed a few people and hospitalized two dozen more in Arizona in recent weeks.

Four people have died and 26 more have been hospitalized after swallowing hand sanitizer since May, reports Arizona Central. Methanol was found to be an ingredient of the hand sanitizers involved in the cases, an issue that has expanded throughout the United States.

Dr. Steve Dudley, director of Arizona Poison and Drug Information Center, tells Arizona Central that most of the people hospitalized were between the ages of 30 and 40 and say they consumed the hand sanitizer to get drunk. Symptoms suffered by those who survived include problems with vision and changes to mental status.

Dr. Jill Jim, executive director for the Navajo Nation Department of Health, tells Arizona Central that cases are no longer ongoing, which means warnings that have been issued to the public are working.