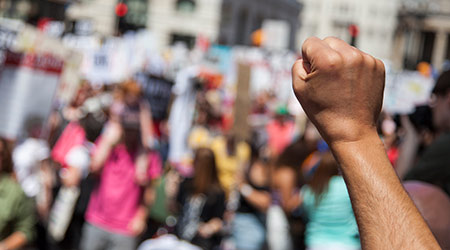 Janitors in New Jersey spent their Labor Day holiday marching through the pouring rain in protest of wages they perceive to be too low.

New Jersey recently passed a $15 an hour minimum wage, but those protesting (most a part of the union 32BJ) say it’s simply not enough, reports PIX11 News.

Thousands of janitors throughout the state are due to receive a new contract, with mass negotiations slated for mid-October. However, the janitors who marched while pushing vacuums and mop buckets felt the topic needed to be addressed on the day that celebrates the American worker.

Some of the union members say they will strike starting Jan. 1 if their new contracts don’t offer the pay they’re seeking.

Unrest over low pay is a big issue right now, especially in the janitorial industry. Low unemployment mixed with job dissatisfaction is a toxic cocktail that’s leading to very high turnover. As CleanLink recently reported, the true cost of turnover is a costly bill that most business don’t want to pay.