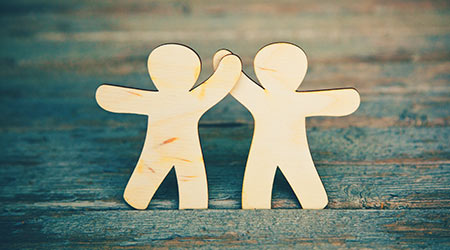 Back in August, tenth grader Jonny Hickey showed up for the first day of school back at Johns Creek High full of hope and excitement for the year that lies ahead. This was in-part because he knew a good friend would be there to hang out with over lunch. In the past, unfortunately, this hadn’t always been the case. Being autistic, Jonny sometimes had trouble meeting new friends, which meant he would sit alone at lunch along with his support animal, a bearded dragon named Albert.

In a recent story from 11 Alive, however, Jonny’s mother was thrilled to share that Jonny has since met a reliable friend: school custodian Lakira Isaac. Noticing that Jonny was sitting alone one day, Isaac went out of her way to strike up a conversation with Jonny — one that has since blossomed into an amazing friendship. What often became a daunting part of the day became something that both Jonny and Isaac now look forward to most. Sharing her experience, Isaac said that she began researching autism more after striking up the friendship, learning about the best ways to interact and make sure Jonny got the appreciation he deserved.

Sharing her appreciation for Isaac, Jonny’s mother said Isaac even took the time to learn Jonny’s specific preferences and interests — including his love of Oreos (double-stuffed, of course). The two, along with Albert, even got to hang out over the summer in between the school year.

The friendship also inspired Jonny’s mother to establish the “Not Alone Initiative,” which encourages anyone to join someone sitting alone at lunch regardless of the circumstance. For a similar heartwarming story of a custodian helping a student in-need, click here.