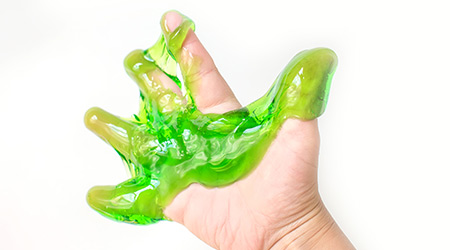 Flu strain contained in mucus drops — like those coming from a spit or a sneeze — are resident to alcohol-based hand sanitizers for more than two minutes, reports ScienceNews, citing a study by the American Society For Microbiology.

The study involved researchers applying mucus or saline solution containing the flu to the hands of volunteers. They then timed how long it took for the virus to dry. The virus coated in saline solution took more than 15 minutes to dry, while the virus in mucus took almost twice as long.

Researchers felt drying time needed to be tested because previous studies didn’t account for the consistency of wet mucus.

When hand sanitizer was given to the subjects to which mucus had been applied, it took the sanitizer more than 2 and a half minutes to squash the virus. Conversely, it took less than 20 seconds for the hand sanitizer to stomp out the virus that had been spread via saline solution.

It is worth noting that participants didn’t rub the sanitizer into their skin vigorously, so the impact that action might have is unknown. Either way, the researchers suggest washing hands with water and soap whenever they come in contact with mucus.

Though the American Society For Microbiology didn’t exactly give hand sanitizers a glowing review when facing mucus, several professors stated in a another recent report that hand sanitizers remain a great tool in the fight against infection.