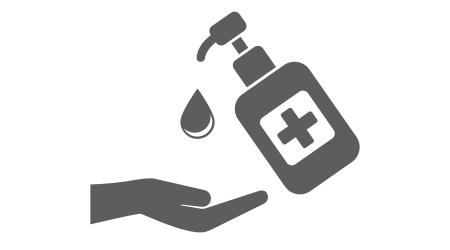 The effectiveness of hand sanitizers remains the same despite the rise of superbugs because hand sanitizers have nothing to do with the increase in superbug cases, says Elaine Larson, a professor of epidemiology at the Columbia Mailman School of Public Health and the School Of Nursing. Instead, the superbugs are becoming more common because of the use of antibiotics.

There is also no proof supporting the theory that using hand sanitizer a lot weakens the immune system. The Washington Post says this theory seems to be an incorrect byproduct of the hygiene hypothesis, which suggests a child’s immune system will grow weak if he or she resides in an area that is too clean.

Questions regarding the possible effects of habitually using hand sanitizer have risen in recent years. Science Translational Medicine published research that says various strains of bacteria have now adjusted to alcohol-based hand sanitizer, NPR reported in August. While the study says the bacteria were not yet resistant to alcohol-based sanitizers, it did find they’re becoming more tolerant.

The concern over the safety of hand sanitizer has caught the attention of the U.S. government. The U.S. Food and Drug Administration (FDA) released a rule in April banning the use of certain active ingredients in over-the-counter hand sanitizers.

Following the FDA’s ruling, the American Cleaning Institute issued a response stating it would provide the FDA with information regarding the use of ethanol and benzalkonium chloride in hand sanitizers.