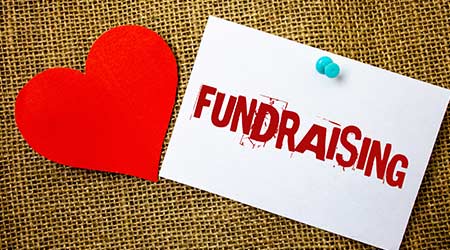 High school sophomores Sam Hice and Preston Reed really look up to their school custodian, Travis Kennedy. So much so that they started a GoFundMe page to purchase Kennedy a brand new car on National Custodial Workers’ Recognition Day, reports CBS 42.

Hice and Reed, who attend Jasper High School in Jasper, Alabama, told reporters that they noticed Kennedy was traveling to school in beat-up truck. The image didn’t sit well with the teens, who felt a hard worker such as Kennedy deserved a better vehicle.

“Travis the janitor is an honest hardworking man who deserves much more than just a new truck, but this is a start, the teens wrote on the GoFundMe page. “Please help us reach our goal of $20,000 to make his dreams come true”

Despite the fact that it had just been started on Oct. 3, the crowdsourcing effort had earned more than $11,400 as of Friday morning. More than 260 people have donated to the cause and a local car dealership will match the first $10,000 that was donated.

Oddly enough, Reed and Hice’s effort marks the third instance this year in which a community has raised money to help a janitor get a more reliable vehicle.

Students and parents in Texas started “Coins For Carlos,” a fundraiser that was used to help an elementary school custodian purchase a vehicle after his caught fire one day on his way home from work.

An elementary school teacher in Alabama started GoFundMe campaign when she heard one of the school’s beloved custodians wasn’t able to take care of his own health because his unreliable vehicle caused him to miss doctor’s appointments.