From Janitor To Principal 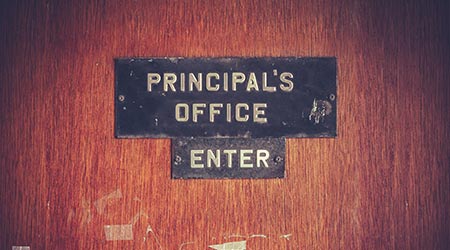 Yet another person has made the impressive climb from school custodian to administrative staff, reports CBS 4 of El Paso, Texas.

Carlos Villalobos is the principal of Red Sands Elementary School in El Paso. Unlike most in this profession, his climb to the top didn’t start didn't start right after high school.

Villalobos was raised by parents who themselves were educators. They encouraged him to do well in school, and he did — graduating high school in just three years. After graduation, Villalobos worked for popular American chain stores and also sold ice cream. It was around this time that Villalobos met his now-wife, and the couple soon started a family. Again encouraged by his parents, Villalobos applied for positions at the Ysleta Independent School District at their suggestion. He was later hired as a custodian at Eastwood Heights Elementary School.

While working as a custodian, Villalobos attended community college. That education later transition him into a university education, and he would go on to earn a bachelor’s and master’s degree.

Villalobos stuck with his local schools as he went through high education, eventually taking positions as a teacher’s assistant, then a special education teacher, then assistant principal.

In 2018 Villalobos accepted his current position as principal. While much of his daily work is focused on his administrative duties, Villalobos will still perform janitorial work every so often to help the school’s hard working custodial staff.

Like Villalobos, Michael Atkins made the climb from custodian to principal within the Denver Public School system. Read more about Atkins’ interesting journey here.