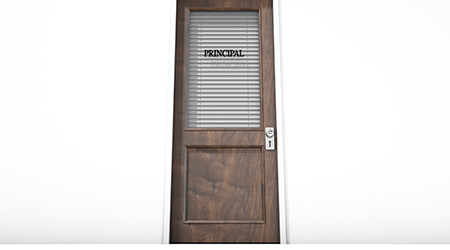 A man who once worked as a janitor for Denver Public Schools has returned to the district to work as one of its principals.

Michael Atkins was recently hired at Stedman Elementary, close to Bromwell Elementary School, which he himself attended, reports the NBC News 9 affiliate in Denver. While attending the school, his second grade teacher showed confidence in Atkins and the two built a strong relationship. Unfortunately, after moving on from Bromwell, Atkins went on to middle school in Denver where he says teachers treated him and fellow black students differently. Despite this, Atkins went on to graduate high school and took his first full-time job as a janitor at a middle school on the city’s northeast side — work he says he took great pride in.

Later, after earning a degree and certification, Atkins would have a chance encounter with his second grade teacher, who helped him to get a job as a paraprofessional teacher. From this role Atkins would continue to be promoted and advance as a educational professional — working as a teacher and assistant principal before being hired by Stedman Elementary School.

Atkins officially started as principal on June 1, vowing to bridge racial and cultural divides and to encourage students to embrace each others' differences. According to CNN reports, he also plans to offer professional development courses to his staff, including custodians.

People using their career as a janitor to advance their way of life is nothing new. For example, one man recently graduated with an advanced degree from the university which used to clean.