Janitor Graduates From University He Cleaned 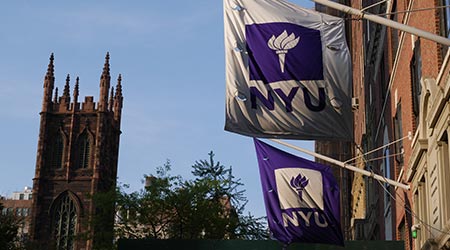 A native of the Dominican Republic, Baez and his mom moved to New York when he was 15. He could barely speak English, but nonetheless made sure he’d succeed as a housekeeper at the hospital because the family needed his income.

Baez’s work as a housekeeper introduced him to the healthcare industry and soon he became interested enough in the field that he applied for a job that entailed him taking patients to and from rooms for surgeries. This job motivated him to enroll at Hunter College where he would earn a bachelor’s degree. Upon graduating form Hunter College, Baez enrolled at NYU’s Meyers College of Nursing, where he would later graduate with a 3.6 GPA after just 15 months.

Baez says his latest goal is to become a critical care nurse.

The story of Baez is somewhat similar to a story from 2018. Cairtriona Lully was awarded the Rooney Prize for Irish Literature From Trinity College Dublin, the same school she cleaned for 3.5 years.