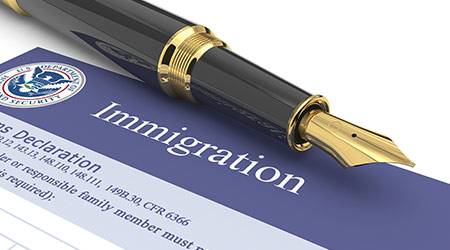 Undocumented immigrants living in the United States are skipping shifts at work and staying inside their residence instead as an attempt to thwart possible deportation brought upon by a raid by U.S. Immigration and Customs Enforcement (ICE), CNN reports.

A housekeeper in Miami told CNN that she and her husband have locked themselves in their home with the windows shut, blinds down and lights off. They try to be as quiet as possible so that nobody hears them inside. This women interviewed by CNN is one of many housekeepers or janitorial laborers whose lack of documentation has caused them to fear deportation due to the current political climate surrounding immigration.

CNN reported recently that ICE was planning to conduct raids across the country in an effort to arrest migrant families who were previously ordered to leave.

As of September of 2017, approximately 800,000 unauthorized immigrants have been granted protection from deportation and work permits through Deferred Action for Childhood Arrivals (DACA) at one point since its inception.The majority of those individuals were still using DACA last year. DACA itself has been under threat, making it possible that companies in the janitorial industry would lose employees who are able to legally work in the United States under the program.

A few bills pertaining to immigration that could impact the cleaning industry in some way are making their rounds in Washington, D.C. In May, the U.S. House of Representatives Judiciary Committee advanced The Dream Act, American Promise Act and the Venezuela TPS Act, three bills that could grant permanent U.S. residency to more than 2 million people.