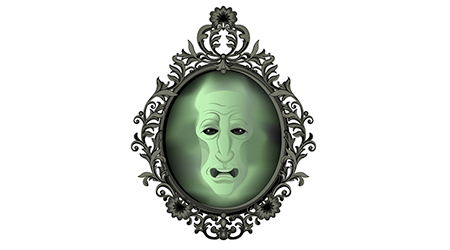 “Mirror, mirror on the wall?” In Disney World restrooms, not so much.

According to an article on the Travel & Leisure website, there are few mirrors above the sinks in the restrooms throughout Disney World. The reason? Disney actually removed them to help keep the restroom traffic flowing.

Most bathrooms have at least one full length mirror at the restroom exit, however.

The mirror placement was done for two reasons. First, it helps to reduce instances of vandalism in the facilities, which cannot be monitored by cameras like the rest of the park. And second, it cuts down on people checking their hair and make-up or straightening their Mickey ears.

Disney has other methods of keeping their bathroom facilities — and the parks in general — user-friendly and clean.

In 2016, Disney World began experimenting with internet of things (IoT) technology. According to earlier CleanLink reports, the program, called “Custodial of Tomorrow,” enables management to deploy in real time to areas that need service.

A system of electronic sensors will determine when a restroom needs cleaning or a garbage can needs emptying. A certain number of people entering a bathroom will trigger a search for the nearest available custodian, and sensors will also be tripped when trash cans get to be about three-quarters filled.

Notifications will be sent to workers via iPhones, which are supplied at the beginning of each shift. Alerts will include a map, indicating exactly where workers are needed and what work is needed in each area.

The program was initially tested with 40 custodial workers.