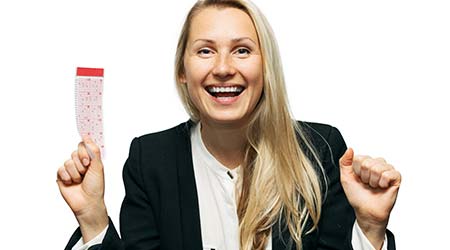 For Duckett, the lottery isn't all too appealing. In fact, the free entry into the drawing wasn't the reason she signed up to get her shot back in March, according to the Maryland Lottery's website. Her and her fellow custodians had to clean the school's facilities while fearing they might contract the virus.

"Throughout it all we were sanitizing areas, and taking care of the folks that would be in the school, so the virus was always on our minds,” Duckett told Maryland Lottery.

She was even further incentivized to get the vaccine after seeing her husband have to recover at home from the severe symptoms he had after contracting the virus.

Duckett told the Maryland Lottery that she plans to spend a portion of the prize on her family.

Custodians and janitors must be a lucky bunch as Duckett is at least the second person working the cleaning profession who has won a lottery in just a few years.

Vito Halasan, a Canadian janitor who won $7 million after playing the British Columbia Lottery Corporation's lottery in 2019. As we reported at the time, the then 58-year-old Halasan made headlines because he said he wouldn't be retiring despite having just become a millionaire.