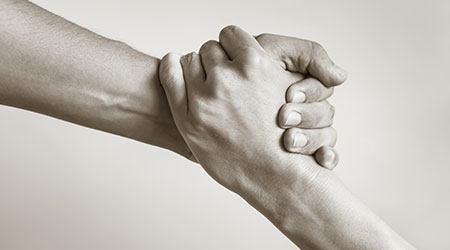 Custodians in healthcare facilities play a critical role in saving lives by ensuring that rooms are thoroughly cleaned and eradicated of any harmful pathogens. In this instance however, one custodian’s contribution was life-saving in a much more direct way. As reported by people.com, custodian Kendal Hofstad was doing his regular cleaning routine back in April at Alomere Health in Minnesota before something stopped him in his tracks.

While Hofstad was cleaning garbage in one wing of the hospital, he saw what appeared to be scrubs lying on the floor. When he approached closer, however, he found Dr. Amos Szajner, an anesthesiologist, unresponsive. Acting immediately, Hofstad got the attention of Dr. Daniel James Tiede, who through the use of a heart pump successfully stabilized Szajner.

The quick response may have very well saved Szajner’s life — earlier in the day he recalled having flu like symptoms and was checking himself on one of the hospital’s monitors prior to collapsing. Diagnosing further found that Szajner had a large blood clot and was beginning to show signs of severe heart and brain injuries.

Not only has Szajner made a full recovery, but he was returned to work as well in the months since.

For more feel-good content, check out this story of a school surprising a beloved custodian with a car.