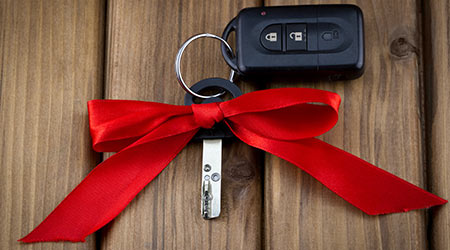 A silver lining of the past year and a half is the growing appreciation for both cleaning as a whole and frontline workers. This appreciation was on full display last week for a custodian in need at Unity Grove Elementary School in Henry County Georgia.

As reported by NBC News Channel 8, staff at the school noticed that custodian Chris Jackson did not have a car — often requiring him to either take public transportation or simply walk to the school if he wasn’t able to catch the transit. Like many during the pandemic, finances got tight and he had to hold off on initial plans to purchase a car.

Stepping up in a big way, the staff at the school decided to come together and raise money to get Jackson a car. On top of that, it was a Chevy Impala, which was his dream car. Jackson’s reaction to receiving the keys from the school was heartwarming, since going viral with over 1.5 million views.

This story reminds us of a very similar tale earlier this year involving a school in Alabama. To keep the good vibes going, click here.