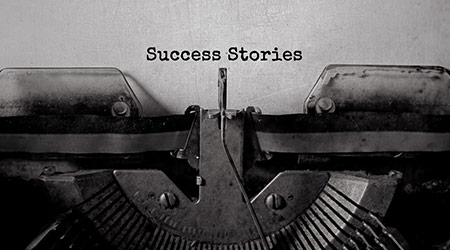 Jorge Goti came to the United States from Cuba 30 years ago with a college degree, little cash, and a dream. Today he owns the largest janitorial company in the Raleigh, North Carolina area. And now his story is being told as part of a series by ABC11 in which the station profiles the Latino men and women who make a difference in North Carolina’s Research Triangle region.

Goti chose to come to the United States in 1989 despite the fact that he had a respectable career back home. Once he made it to the United States, Goti was met with a brutal job search. National fast food chains couldn’t hire him because he was unable to speak English. The first company to offer him a job was a janitorial business.

It ended up being the perfect marriage.

Not wishing to forget his roots, Goti uses his position to hire workers, who like him, left Latin America searching for the American Dream. He also gives back to the community. MG Capital Maintenance has worked with Habitat for Humanity, as well as other causes dedicated to helping those impacted by hurricanes.

So many people in the jan/san industry have become success stories despite lacking the resources often needed to thrive professionally. Herbert Perkinson, for example, recently got his GED and was promoted to the head custodial position at a Georgia Middle School at the age of 81.