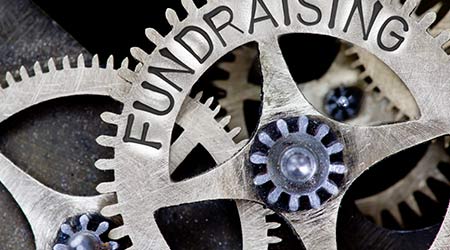 A 60-year-old elementary school janitor was brought to tears when he was told school staff and parents raised thousands of dollars in order to purchase a much needed vehicle, reports WREG Memphis.

Robert Reed, a custodian at Farmington Elementary School in Germantown, Tennessee, was led into the school’s library Wednesday where he was told a GoFundMe campaign created on his behalf had raised $7,000 to help him purchase a new vehicle. Upon hearing the news, Reed instantly collapsed to his knees and hugged the teacher who broke it — all while crying.

The GoFundMe campaign, which has raised more than $16,000 at the time this was written, was motivated by the fact that Reed takes multiple buses and walks more than 2 miles just to get to work. His trip home would typically take about four hours.

“No job is too big or two small,” says Reed of his work, according to WREG. "I want to make a safe, clean, sanitized environment for the students, the guests."

Reed plans to buy a truck with the money, which he would like to also use for a side business taking care of people’s yards.

The public donation of vehicles to custodians is becoming a sort of trend. In 2019, a group of Texas students and their parents worked together to raise more than $3,700 for an admired janitor whose car had recently been blamed in a fire.