Cleaning Workers Chosen To Attend State Of The Union 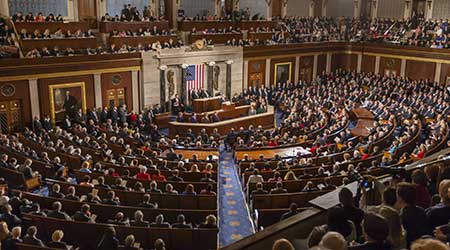 Several federal workers affected by the partial government shutdown attended the State of the Union address last night as guests of Democratic lawmakers. According to the Huffington Post, Sen. Elizabeth Warren (D-Mass.) invited Sajid Shahriar, a labor leader and an employee of the Department of Housing and Urban Development, to join her for the address.

“It’s time to send a message to President Trump and Senate Republicans: federal and contract workers are the backbone of our economy and their livelihoods should never be used as pawns in Republican political games,” Warren said in a statement.

Workers like Lila Johnson, 71, a general cleaning services contractor at the Department of Agriculture, probably won’t see any of her lost wages. She joined Sen. Chris Van Hollen (D-Md.) at the the address.

“Low- and middle-wage federal contract workers who were locked out of their jobs during the shutdown have been stuck with mounting bills and no back pay,” Van Hollen said in a statement.