Federal Contractors Fighting For Back Pay After Shutdown 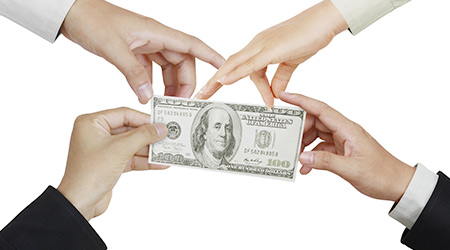 Contracted workers are back on the job cleaning restrooms in federal facilities, but as an employee of a contractor — unlike those who work directly for the government — they are not getting any of the pay lost during the month-long hiatus.

According to an article from Reuters on the Raw Story website, some union members joined congressional lawmakers on Jan. 29 in pushing for legislation that would provide back pay to low-wage government contract workers who went unpaid during the 35-day shutdown. Recent legislation has made back pay available for 800,000 federal employees, but did not include government contractors.

A bill introduced by Senator Tina Smith, a Democrat from Minnesota, would make back pay available to low-wage workers who are employed by outside government contractors, including janitors, cafeteria workers and security guards. A similar bill has been introduced in the House.

The Service Employees International Union Local 32BJ, which represents nearly 600 contract employees, said its workers earn some of the lowest wages in the federal government.

Hector Figueroa, president of 32BJ SEIU, said these workers live “from paycheck to paycheck. Even when they return to work, if they don’t get this money back, their lives are going to be impacted dramatically."

One cleaner, Lila Johnson, 71, said she had to cash in a life insurance policy during the shutdown. She said going back to work will not make up for what she lost.