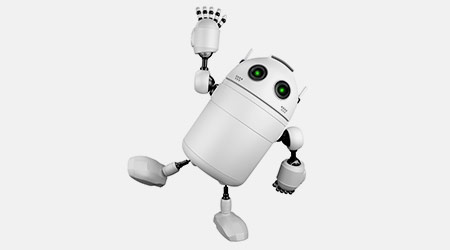 Robotics will be on full display at the 2018 Winter Olympics in Pyeongchang, South Korea. According to Smithsonian Magazine, roughly 85 robots will be tasked with cleaning, serving drinks and even providing language translation for visitors.

Although the presence of robotics will be impressive to many visitors, it is not new to South Korea. Even without the Olympic spectacle, it’s not unusual to see robots cleaning the airport, teaching English and working assembly lines. In 2016, the country sold some 41,000 robots. South Korea's post-war focus on technology, enthusiastic consumer base, and animist religious tradition may make the populace more comfortable with non-human intelligences, the Smithsonian article said.

According to Global News reports, media interviewing athletes ahead of the official opening of the games have already had to avoid the robots — which are reportedly "the size of washing machines on wheels."

The machines are vacuums and automatic scrubbers that clean the halls and public spaces. Customized to look and sound like a train, school bus and VW van, the robots have become part of the healthcare facility's daily life.

“They are known islandwide,” said Robert Crawford, general manager at Sodexo and building service contractor for Kapi’olani. “Anyone who’s been to Kapi’olani knows about the bots. You have kids and visitors leaning out the doors like they are waiting for the ice cream truck.”