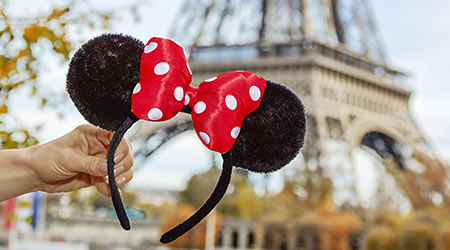 Visitors at Disneyland Paris resort were recently greeted by a mess at the park’s entrance. According to WDW News Today, employees from Onet – the contracted cleaning and logistics company that works overnight to clean the park — set up protests in front of Main Street Station.

The result was a slew of toilet paper and general trash littering the Disneyland Hotel and Main Street Station area. Handmade signs by Onet employees were also posted up throughout the protest space.

The result was to close off the area to incoming guests.

According to Fox News, this is not the first time Onet has protested at Disneyland Paris over pay and conditions.

It was the hope that the scene wouldn't impact the magical welcome visitors expect of the park, but park officials couldn't be that lucky. Many on the Twitterverse were less than sympathetic, based on tweets posted on the Inside the Magic website.

In one tweet, a  park guest wrote that he “paid massive money” to stay at the Disneyland Hotel, only to “walk around in trash and be intimidated” with his children.

Another tweet, shared by an article on the Inside the Magic website, concurred: “Agree. Disrupting children’s holidays, that their parents have paid a load of money for is unnecessary. Do it outside the park if you have to.”

Wages for workers at the U.S. Disney parks tend to make waves in other ways.

When Walt Disney World — the largest employer in Central Florida — gives pay raises, it often creates a ripple effect that other businesses in the region can't ignore.

According to Orlando Sentinel reports, Disney and its largest union reached a tentative agreement in the summer of 2018 that would raise the starting minimum wage from $10 an hour to $15 over a four-year period.

The increases will apply to a range of employees, including custodians, ticket takers, attraction operators and food service workers.