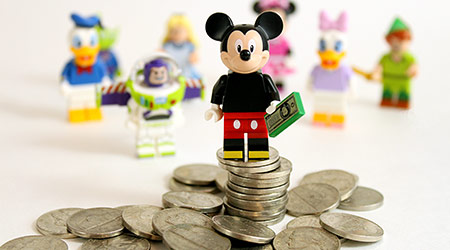 When Walt Disney World — the largest employer in Central Florida — gives pay raises, it often creates a ripple effect that other businesses in the region can't ignore.

According to Orlando Sentinel reports, Disney and it's largest union reached a tentative agreement that would raise the starting minimum wage from $10 an hour to $15 over a four-year period. The increases will apply to a range of employees, including custodians, ticket takers, attraction operators and food service workers.

Workers for these positions are hot commodities in Florida, meaning competition might position businesses in the middle of a bidding war against Disney. The result will likely mean everyone from Disney to Universal to SeaWorld to Legoland, as well as facilities that service the smaller attractions, will be forced to raise their entry pay, too.

According to reports, Disney, which employs roughly 70,000 people in Central Florida, has dictated the going wages in recent history. In 2014, they agreed to increase the minimum salary from $8 to $10 an hour by 2016. Two months later, SeaWorld and Universal Orlando both boosted their employee pay to $9 an hour. A short time later, there was a $10-an-hour starting wage at Westgate Resorts.

The staff can expect additional perks in the form of retroactive pay and bonuses.