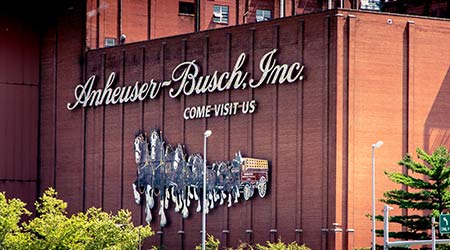 They say everything is bigger in Texas and that adage certainly received some more credibility after the world's largest brewing company donated 6,500 gallons of hand sanitizer to be used at polling places throughout the state.

The donation made by Anheuser-Busch was announced by Texas Gov. Greg Abbott and The Texas Division of Emergency Management. The division will distribute the 39 pallets of hand sanitizer to counties across the state for use during both early voting and voting on Election Day.

"As Texans prepare to cast their ballots, their health and safety remains our top priority, which is why we are taking extra measures to mitigate the spread of COVID-19 at polling locations," said Abbott in a statement from his office. "By distributing hand sanitizer to polling locations across the state, Texans will be able to protect themselves while exercising their right to vote. Thank you to Anheuser-Busch and Silver Eagle Beverages for teaming up with the Lone Star State to help ensure the protection of voters and election workers at the ballot box."

Anheuser-Busch says the donation is part of the company's commitment to uniting communities, strengthening America's democracy and encouraging greater voter turn out.

"One part of this commitment is shifting our production capabilities to donate hand sanitizer so that election officials and voters throughout the state and rest of the country can take part in a safe election this fall," said Anheuser-Busch Chief External Affairs Officer Cesar Vargas via Abbott's office. "We like to say that ‘beer is bipartisan’ and we are proud to step up and serve our communities during this election season.”

Through its contribution, Anheuser-Busch joins a long list of beer and spirits producers who have donated hand sanitizer since the start of the COVID-19 pandemic.

Even before these hand sanitizer donations started being made, beer has a history of aiding cleanliness. For example, an environmentally-friendly soap detergent was made in 2019 using the alcohol left over during the process of making beer.