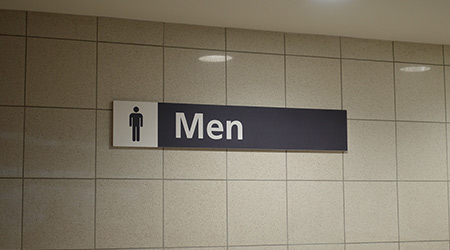 A bill that would bring more changing tables into more public restrooms, specifically those used by men, has been introduced in Massachusetts.

Massachusetts State Sen. Becca Rausch is asking her colleagues to pass a “short and simple bill” that would place more baby changing stations in men’s restrooms, a move she says is vital considering that most men now handle some of the diaper duties, reports CBS 4 in Boston.

If approved, Rausch’s bill would require all public administration buildings and any public buildings in construction to install and maintain at least one diaper changing table that can be accessed by caretakers regardless of their gender. Bausch believes the change would only cost a few hundred dollars to implement per building.

A perfect example of what is causing Rausch and so many others to become frustrated, a father in Nebraska shared with reporters a few weeks ago his struggles to find public facilities that had restrooms where he could change his son’s diapers. On at least one occasion the father says he was forced to take his own shirt off so that his son could lay on it, instead of the dirty floor of a restroom, while his diaper was being changed.