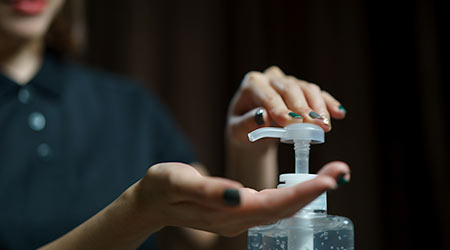 The U.S. Food and Drug Administration's list of hand sanitizer the public should stay away from is now up to 186, according to its website.

In the next few weeks following the warning, a number of incidents were reported in which adults and children died, were blinded or were hospitalized because of the consumption of other wood-alcohol based hand sanitizers. The FDA responded by saying in July that some manufacturers were taking advantage of the increased need for hand sanitizer due to COVID-19 by selling products featuring unacceptable ingredients.

The list of hand sanitizers deemed unsafe by the FDA topped 100 in early August. While many of the hand sanitizers on the list at that point were there because they featured wood alcohol, the FDA also added hand sanitizers that were too weak to protect against germs.