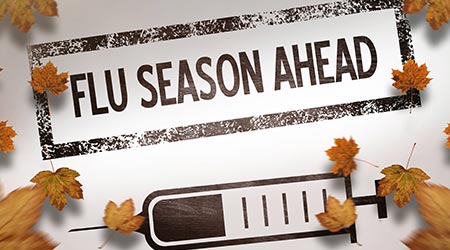 The flu season has been a real problem in recent years. Last year’s flu season was the longest in 10 years by some metrics, and the previous season caused awful, widespread illness throughout much the United States. Unfortunately, this trend of terrible flu seasons doesn’t look like it will be ending — at least not this year.

Health officials throughout the United States are concerned that the 2019-2020 might be severe, reports U.S. News & World Report. And the deaths are already occurring.

A 4-year-old California resident who did have previous health issues, died in early September after contracting the flu. A doctor practicing in the area where the child died says that a death so early in the flu season often indicates that the season will be worse than average.

One indication that a flu season in the United States will be bad is when Australia’s flu season is rough. That's not good news, as Australia experienced its flu season two months earlier than expected this year.