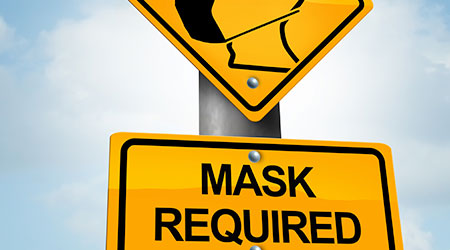 While states have varying stances on the initiation or banning of mask mandates for school districts, some are defying legislation and taking matters into their own hands, notably some school districts in Texas. According to the Austin American-Statesman, the Austin ISD made the decision to implement face masks for indoor settings effective Aug. 11 — six days before the start of school for the district. This decision goes against the face covering ban implemented by Texas Gov. Greg Abbott.

The initial ban from Governor Abbott goes against recommendations from both the Centers for Disease Control and Prevention (CDC) and the American Academy of Pediatrics. Dr. Desmar Walkes, Medical Director for the City of Austin, supports the decision from the Austin ISD, noting the mandate could help slow case rates and alleviate the recent strain on healthcare facilities and hospitals due to the COVID-19 Delta variant.

Other states with similar bans on mandates are fighting similar battles, including Florida where Gov. Ron DeSantis laid out the possibility of salary reduction and/or funding cuts for districts that decide to impose their own mask mandates. As the weeks progress and more schools open up, it’s important for facility cleaning managers to keep tabs on potential mandates, bans, and other impactful decisions when it comes to health control measures. For an updating resource state-by-state mandates (or lack thereof) click here.