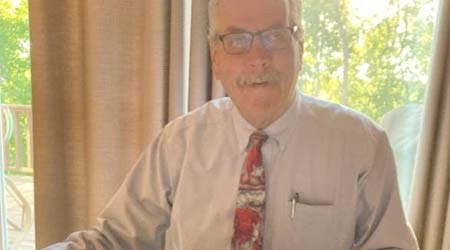 After 43 years, Tod Serbousek earned his way onto the green fairways of retirement. Serbousek served as an account manager for his entire career, representing Baker Paper & Supply in Cedar Rapids, Iowa.

"Tod was a pro’s pro, starting every day at 6 a.m.," says Todd Weidmaier, CEO. "He was the epitome of dedication and service to his customers and company."

Since 1904, Baker Paper & Supply has been known for their focus on outstanding customer service. They are constantly expanding their product offering and expertise to provide even greater value to the businesses and industries that they serve.

Baker's long legacy of family ownership and community involvement has enabled it to consistently achieve the highest levels of satisfaction among its customers, which include many of eastern Iowa’s most prestigious restaurants, country clubs and hotels, as well as a host of schools, manufacturers, healthcare facilities, office parks and other businesses.