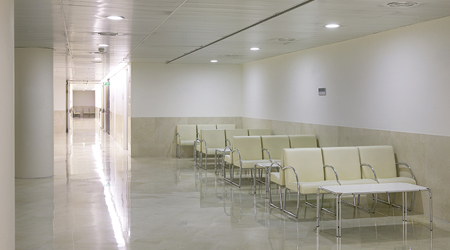 It’s not uncommon for a manager to receive unsubstantiated complaints from building occupants. But there will also be times when the occupant’s comments are right on the mark.

For example, a professor at a large private university filed a complaint to the facility manager saying he had experienced side effects of his animal allergy. The manager initially told the professor that this wasn’t possible, since animals were not allowed in the building; then neglected to follow up.

A month later the professor was back and had a doctor’s letter that stated the animal allergy was real and the professor was indeed experiencing an symptoms at work. After testing the building for specific animal allergens and reviewing laboratory data, it was suggested that cat dander was prevalent in the facility.

During a visual inspection of the building, a bowl was noticed on the floor in the first floor kitchenette. Questioning other professors about the bowl, one research student working at night admitted that he was letting a cat and her litter into the building every evening to keep him company.

In the end, specialized allergen testing was used to identify the cat dander, which helped prove the professor’s problem was real and saved a lot of speculative time. These tests are often available from microbiology laboratories and can be rented to facility executives for use.

A more common allergen affecting building occupants is dust. Dust mites can create problems for individuals since their excretions can be allergens. But problems can be determined by performing a simple dust mite test.

It’s not out of the question for facility cleaning managers to also conduct a mold analysis, which will provide a skin cell fragment count. Since skin cells are a main nutrient for dust mites, the more skin cells that are present means there will be more dust mites. Consequently, a significantly elevated skin cell count can identify if an area is adequately cleaned.

Insufficient cleaning that results in problems like those mentioned can create a liability for facilities.

For example, a medical office building where doctors perform daily eye procedures was experiencing poor patient outcomes and could not understand what was going wrong. After internally analyzing daily procedures, supplies, sterilization and instruments, no answer was apparent. The eye surgeons requested the facility manager check the environment in their space, and a 12-point test was performed in the procedure rooms to determine whether a possible cause could be determined.

One test pointed to the problem. Airborne dust was significantly elevated in one of the procedure rooms. The elevated airborne particles during the eye procedure were causing additional irritation and poor outcomes in some patients. The culprit was a partially disconnected duct serving the room was pulling air from above the ceiling into the supply.

Sampling equipment to detect airborne dust levels immediately analyzes the airborne environment and can quickly identify whether a problem exists. Using an experienced indoor air quality investigator is especially important as the complexity of the problem increases. Specialized instruments and tests synergistically improve their value when used by someone that has seen many different types of indoor problem situations.