With the Greatest of Ease

Less is more when it comes to protecting employees from back, arm, foot and wrist injuries. What the cleaning industry has unearthed is that repeated mopping, lifting and wiping produce injuries that, for starters, can bruise staffing levels and dent worker’s compensation claims.

In response, janitorial supply manufacturers rolled out product lines tailored to ergonomic needs — products that lessen the user’s physical exertion. These products include mop handles and buckets, squeegees, aerosol cans, back supports and dustpan handles designed to reduce the stress on a cleaner’s body.

At the annual Applied Ergonomics Conference, held in Baltimore this past March, seven educational tracks were offered to conference attendees and an exhibit hall showcased hot and new ergonomics products.

Historically, industries quick to jump on the ergonomics bandwagon have had a high number of administrative employees. New computer equipment, desks and chairs designed for comfortable use have been installed in offices all across the country. During the job boom in 1999 and 2000, managers were afraid of what employee down time would do to their level of productivity. Supplying equipment that would prevent employee injuries became crucial.

But why the recent push for ergonomic products in the cleaning industry? “Simple. It’s because healthy people perform better. It’s a natural extension to have that with cleaning products,” says Josh Kerst, vice president of HumanTech, an ergonomics consulting firm in Ann Arbor, Mich. In the past few years, tools like shovels, rakes, hoses and scissors have been redesigned in hopes of avoiding injury, he says.

Despite the Bush Administration’s March 2001 decision to scrap an ergonomics rule the Clinton Administration had taken years to devise, states are taking the matter into their own hands. California and Washington have developed some of the most supervised and stringent standards designed to protect workers in their state from getting on-the-job injuries.

“Ergonomics has gone from a buzz word to a discussion item to legislative initiative,” says Kerst.

A History Lesson
The U.S. Occupational Safety and Health Administration (OSHA) released its ergonomics standard in late 2000. The standard included 10 years of back-and-forth discussion. Critics immediately decried a confusing penalty process that seemed to force employers to pay partial or full wages for employees unable to work due to alleged workplace injuries. In response, a flurry of lawsuits were filed by industry associations seeking a higher level of fairness.

In March of 2001, Congress took just two days to defeat the standard. Former Speaker of the House Newt Gingrich’s 1996 Congressional Review Act was used for the first time, which allows 60 session days to review and possibly reject agency rules. The standard has been in the hands of U.S. Secretary of Labor Elaine Chao ever since. In May, reported that OSHA released guidelines for employers, rather than a regulation — a relief to businesses.

The jumble of events has impacted sales of ergonomic products, say the janitorial supply manufacturers interviewed for this article, since companies aren’t being nudged into federal compliance.

“That has somewhat impeded the growth of ergonomic products,” says Terry Neal, vice president of sales and marketing for Impact Products, Toledo, Ohio. Its ergonomics products were introduced 10 years ago, and include back supports, ergonomically designed handles for dustpans (to help reduce hand fatigue), and a “table mover” that allows employees to move tables without straining their backs. The table mover is designed for use with tables commonly found in schools or industrial facilities.

One innovative product prevents cleaners from having to use and lift buckets, says Kerst. (“The best way to lift a bucket is not to,” he says.) A bottle is instead attached to the shaft of a tool, and a disposable cleaning pad is used in conjunction.

Some of the principles behind developing ergonomics tools are finding better ways to fit the tools into cleaners’ hands, ensuring mop buckets are at comfortable heights, and designing easy-to-handle grips on squeegees.

That said, some manufacturers report an increased need for ergonomics products.

“Over time, there’s been enough education (about ergonomics), whether it’s through a safety manager at the factory or a risk consultant,” says Neal.

Kerst agrees, especially since there’s no federal standard for ergonomics. “The call of action has been to appoint an industry representative at your company,” he says. One advantage of companies adopting their own ergonomics rule is that they may be viewed as experts on the subject, and could help OSHA identify changes that need to be made to its ergonomics guidelines.

More Good News
The fact that there is little competition in the cleaning market for ergonomics product sales has helped manufacturers, says Ron DeSimone, director of corporate marketing at Broadview, Ill.-based Chase Products Co. Chase manufactures cleaning chemicals in aerosol cans, sold at drug and hardware stores, national retail chains and distributed to janitorial companies. Called “shape cans,” they can easily be held by wet or gloved hands, and even petite or female hands. They’ve been on the market for the last two decades.

DeSimone is confident that the product works well. He says more companies are showing interest in the products, perhaps due to increased sensitivity in the workplace toward worker’s compensation claims.

Unger Enterprises Inc., Bridgeport, Conn., created a buzz in the jan/san industry when it released a new window squeegee design last spring. In creating the product, a designer analyzed just about every hand position that could be used to handle the product. Also in Unger’s product line — which is exclusively used for restroom cleaning — are flat mops, ergonomically designed grips, buckets that are at a high and comfortable level and a “spray belt” spray bottle.

With the mop, “you reduce the weight of the mop by almost 60 percent,” and there is less strain on the shoulders and back, says Bruno Niklaus, Unger’s vice president of global marketing.

“There’s a need to do restroom cleaning better, easier and faster,” he adds.

He cites an industry survey done in 2001 that asked building occupants and managers what their biggest maintenance complaint was. The answer? Dirty restrooms, and a lack of paper supplies in the restrooms. The study brought to light the need to up the efficiencies related to restroom cleaning.

Niklaus believes purchasing ergonomics products creates a happier work situation because cleaning employees and their customers know the job will get done fast, and be done well, he adds.

Why Not?
But on the other hand, there just might not be extra money in a company’s budget to purchase these types of products. Or maybe management deems them unnecessary, or think they duplicate the purposes of worker’s compensation claims, or employee insurance plans.

William Allman, president of AAA Environmental Services in Birmingham, Ala., a jan/san distributor to light industrial and housekeeping customers, insists ergonomics products are not yet a fixture in this industry. Up until now, back braces have helped avoid employee injury, he says.

“We’re usually later than everyone else when it comes to industry advancement,” Allman admits, adding that in five years it’s likely the products will be taken more seriously in the southern part of the country.

In some cases, ergonomically designed products cost more. But companies are still willing to fork over extra chunks of change if it means their employees can do the job twice as fast.

“Most of the people in this industry would be willing to pay a little more for things that make the job a little easier,” says E. Floyd Smith, president of North Georgia Paper Supply Co., Blueridge, Ga. While he is new to the janitorial industry, he says that in his former career (supplier to the athletic screen-printing industry) the benefits of using ergonomics products were obvious.

“I think stuff like that’s a great idea,” Smith says. “I would love to see more products like that.”

One common complaint he says he receives from his customers is wrist pain from “pushing the squeegie all day.” A study done in Toronto in 2001 tested Unger Enterprises SmartMop system on five cleaning teams. Ten employees were on each team. What the study found was a 10 percent faster work rate with the new system, versus traditional mopping tools.

What’s on the horizon for ergonomics products? It’s tough to say.

Tom Schraeder, sales manager of Coastwide Laboratories in Portland, Ore., says customer reception of ergonomics products has been “a mixed bag.” His company has been distributing ergonomically designed mop handles, buckets and wringers since 2000. While popularity has increased, he says, they’re not considered “mainstay” items.

“Right now, with the economy being slow, especially in the Northwest, we’re really seeing people being more price conscious than anything,” says Schraeder.

Whether the driving factor is employee’s reports of pain or a cost-benefit analysis of the company, there’s one thing they agree on: ergonomics products take less time to use. If a cleaning employee is working 10 to 12 hours with the same tool, there’s bound to be pain as a result.

“That’s what ergonomics is really all about — to make sure that people don’t get hurt and get the job done quicker,” says Kerst.

Kristine Hansen is a freelance business writer based in Madison, Wis.
Email questions or comments about this article.


Additional Resources:
Facing the Inevitable
Does OSHA Feel Your Pain? 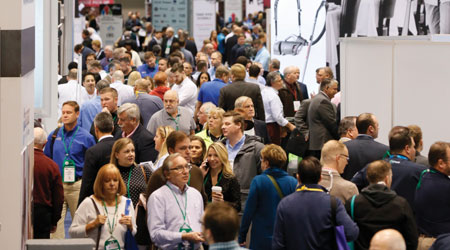 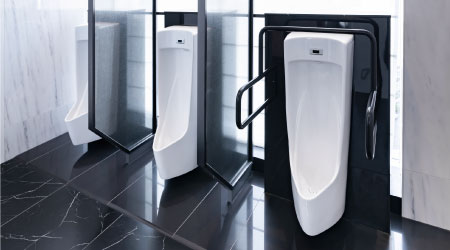 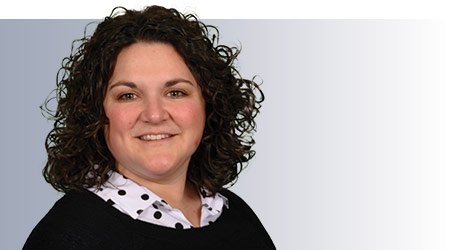 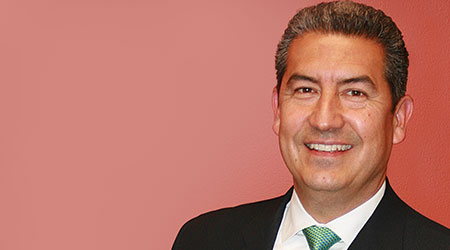 How Charles Moody Came To Believe In Green Cleaning Products