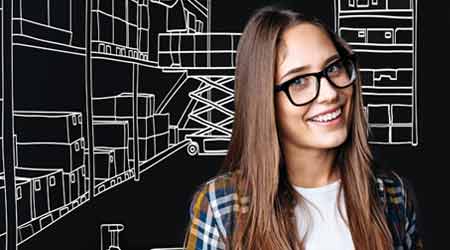 Millennials have surpassed Baby Boomers as the largest workforce in the United States, with 35 percent of the employed or employment seekers belonging to this group, according to Pew Research Center’s 2018 study of the U.S. Census Bureau data. The transition is logical — Baby Boomers are either retiring or nearing retirement age, so there must be successors.

Unfortunately, Millennials don’t seem to see much sense in working for those in distribution — the jan/san industry included. As a result, jan/san distributors need to change the way they attract the Millennial employee to sales representative positions, as well as jobs in the warehouse and on the road.

In providing advice on how jan/san distributors can appeal more to Millennials, it helps to have an understanding of who Millennials are and what they’re (typically) like, because some of these personality traits can be won over by a company’s actions.

The age range in which Millennials are classified differs depending on the source. Generally speaking, publications suggest this group was born between the early 1980s and mid to late 1990s.

Like any generation, what drives Millennials and how they work is nuanced, as there are multiple types of personalities. Some traits do seem to be more pronounced, though.

David Gordon of Channel Marketing Group, Raleigh, North Carolina, says Millennials tend to be very comfortable with — and sometimes dependent on — technology. It’s because of this, he says, that employers should aim to be more tolerant of technology in the workplace.

“People check their phone, social media — it’s going to happen,” says Gordon. “There are times it can be abused, but you can’t have a ‘thou shall not’ policy.”

Gordon adds Millennials also tend to be tolerant, good communicators, open-minded, customer centric, with a broad base of knowledge and eye towards the future.

F.A. “Skip” DeVilling is quite familiar with distribution as the president of DeVilling & Associates, a Sarasota, Florida-based search and consulting firm for the industrial and construction markets. In DeVilling’s experience, the Millennial is just as talented with technology as Gordon suggests. In fact, he believes it’s one of that group’s greatest strengths.

“Companies that hire Millennials will get a ‘tech savvy’ individual who will thrive on innovation and growth,” says DeVilling. “(But) be careful: the culture must match.”

The Importance Of Culture

Establishing a good company culture is one of the best things a distributor can do to attract Millennials. While several traits are important to this group, one that is mentioned often is morality. Younger workers really do enjoy going to work for a company that’s morally sound and cares about social issues.

Gordon says many Millennials have to get the sense that a prospective employer is progressive, cares about its employees and gives back to its community.

The key to selling job seekers on this, says Gordon, is to not only make it be known that the company does these things, but also prove that the ownership practices what it preaches.

Transparency and good communication from management and ownership — traits that are valued by most generations and sought for in all types of industries — are other things Millennials have been shown to appreciate.

By practicing transparency, and thus gaining a reputation for straightforwardness, a company is going to look better than a competitor who lacks this leadership quality, says DeVilling.

There are plenty of ways to be more transparent. DeVilling suggests a company talk numbers with the employees, so they know how the business is doing. It also helps if leadership divulges some of their “big picture” plans and lets employees know how their jobs figure into both day-to-day and future goals.

As it pertains to communication, Millennials generally yearn for an employer who provides immediate feedback. They want to know what they did or didn’t do right, and welcome suggestions on how to improve. Since they’re driven by accomplishments, Millennials also desire to receive praise for a job well done, which helps to convey their value to the company.

For Millennials, good communication also means that they’re not only receiving feedback, but they’re also being heard.

“Millennials want to have their input valued,” says Gordon, adding that while Millennials don’t need their suggestions to be used, they at least want them to be heard.

Income isn’t just about how much money a person makes in the minds of many Millennials. In fact, there’s a type of “income” they value that isn’t really pay at all. It’s called psychic income, and Gordon is a fan of distributors delivering it in an attempt to woo Millennials.

The concept of psychic income is simple. It’s essentially the satisfaction an employee gets from his or her job that cannot be measured like pay or perks. Gordon says Millennials cash in on psychic income when they’re performing a job that’s mentally stimulating and enjoyable. They also get this when their successes are noticed. This could come from praise by a customer or the employer itself.

“If you want to progress you should be thinking about psychic income,” says Gordon.

next page of this article:
Marketing Jan/San To Young Job Applicants