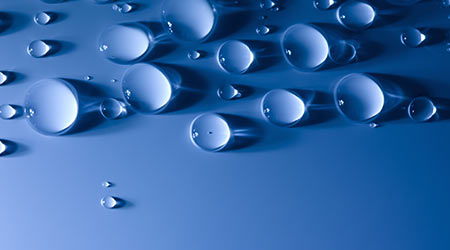 New technology: People either love it or they drag their feet adopting it. This includes engineered water, about which end users are also divided into those two camps.

Scott Uselman, director of sales at High Point Sanitary Solutions in Houston, sets the stage like so: When demonstrating an engineered water system, he adds food coloring as the solution is charging; when the solution is fully charged, the food coloring is suddenly no longer visible. Now you see it, now you don’t.

He also tests the pH before and after charging the solution. It still looks like water, yet, invisible to the naked eye, it transformed from neutral pH to a more basic pH reading.

“Ultimately, the proof is in the pudding, so we do testing in the (end user’s) facility,” he says. “By cleaning glass, wall smudges, carpet spots and more, we show that the water hasn’t just changed, but has changed into products that perform.”

Uselman prefers the term “on-site generation (OSG)” over engineered water, because he says it seems easier for his customers to grasp. The term “engineered water” is often misunderstood and confusing, he says. OSG better describes the concept, which is, in its simplest form, creating cleaning, sanitizing and disinfecting solutions on site from tap water.

Describing the technology behind the process becomes more involved, because it’s new and may be unfamiliar to the customer. That’s why the above demonstrations make better selling points.

“The adage ‘seeing is believing’ comes to mind,” says Uselman. “Customers better understand and believe when they see the water changed right before their eyes.”

When it comes to delving into the science behind the systems, a little may go a long way. Even though these technologies have been used for years in other industries, they’re relatively new to the cleaning industry, says Uselman. In the beginning, he tried to explain the technology to his potential customers in detail, but he found most of the time it was a bit too much to absorb.

“What customers really want to know is that science has proven the technology and that it’s being used elsewhere successfully,” says Uselman. “They also ask if the products perform well, and are backed up by third-party endorsements or have an EPA registration or establishment number.”

So, the old acronym KISS, or “keep it simple stupid,” works well in presenting the OSG systems, he says. If a customer wants to know the technical aspects, Uselman is ready with that, too.

Still, many who have worked in the cleaning industry for 20-plus years oppose change, says Ailene Grego, president and CEO of Southeast LINK in Atlanta.

“It’s like a cell phone — what made you think you needed one? Our sales message emphasizes education,” says Grego. “Without the right knowledge, potential customers resist using only water to clean.”

Getting buy-in from the sales staff or the potential customer doesn’t happen overnight. Distributors must convince them they’ll profit in several ways.

next page of this article:
Focus On Green Cleaning, Return On Investment