The Rewards of Pushing Through Failure 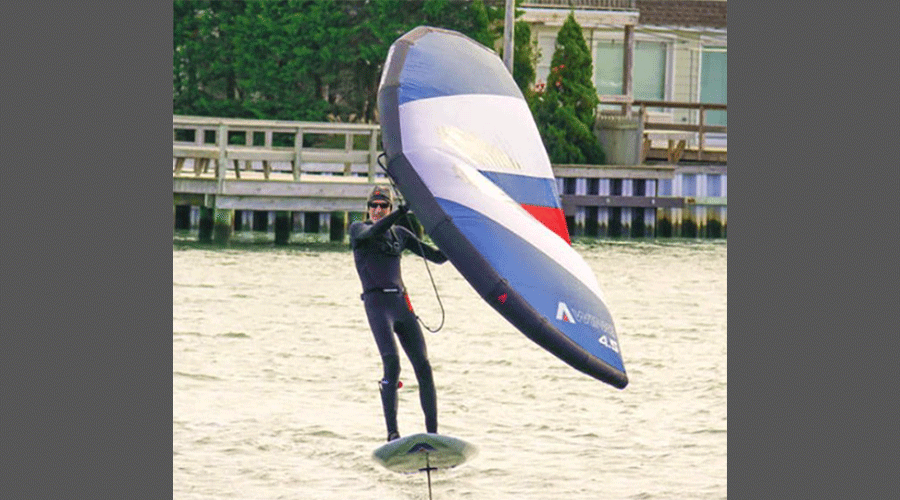 Wing foiling is not an everyday sport, but it’s one that Scott Jarden loves to master in his free time. It requires an inflatable wing, a stand-up board (similar to a surfboard), a hydrofoil, a 10-mph wind, and a lot of skill.

“It’s like waterskiing a foot above the water,” according to Jarden, president of The Bullen Companies in Folcroft, Pennsylvania. “Wing foiling uses a fin-type hydrofoil below the board. The forward momentum from the wind creates lift, and that brings the board out of the water, as if you’re flying.”

Jarden, a sailing aficionado, went to college in San Francisco in the 1970s. He saw a guy on a rig in the Bay area — a windsurfer — which inspired him to ask for windsurfing gear as a graduation gift. He eventually became a windsurfing instructor, a paddleboarding instructor, and now he’s progressed to a sport that has him sailing above the waves.

In addition to the joy of flying above the water, Jarden feels that there are a lot of reasons to embrace wing foiling. For example, compared to windsurfing, it’s a lot more flexible.

“It's a super-fast way to get on the water. With wing foiling, I can have the equipment ready and be out on the water in about 10 minutes. Windsurfing, because of all the rigging, takes about an hour to get ready for the water,” says Jarden.

Although it might sound simple, wing foiling is not an easy sport to grasp, according to Jarden. In fact, it can be intimidating for beginners.

“There’s a long learning curve,” Jarden says. “You have to know how to sail, and the first challenge is getting up on the foil. From there, you need to get used to balancing on the foil as it lifts you about a foot out of the water, all while moving very quickly.”

For beginners who are in the learning stages, it’s recommended to get pulled behind a boat with a towrope — like waterskiing — to get used to the foil and gain some balance.

“The hardest thing to learn was being comfortable that you’re levitating out of the water, and at the same time, getting used to the lack of stability,” Jarden recalls. “Once you find your balance point, it gets easier.”

He adds that, like any kind of sailing, it’s easy to navigate in one direction, but you eventually have to learn how to turn. Changing course when up on the foil takes some practice.

“One of the best moments for me was successfully being able to turn,” Jarden recalls.

For most people, learning a new sport means falling and picking yourself back up again. In the case of wing foiling, there’s more to it than that. Part of the sport is learning how to fall properly.

Jarden says, “You need to fall backwards, away from the board, because it will keep going forward. As long as you don’t get speared by the foil, it’s not dangerous.”

The good news is, the board and inflatable wing are tethered together, so if a fall does occur, the equipment doesn’t stray. It’s also considered a flotation device.

Although Jarden insists the sport is safe, for the most part, it’s essential for anyone enjoying a water sport to be cautious of their surroundings. For example, conventional watercraft must be on a wing foiler’s watch list, even though a person with a wing foil has the right of way. Also be aware of weather conditions.

Overall, Jarden has been happy with the addition of wing foiling to his list of watersport adventures. He emphasizes that it’s an individual sport that allows a person to enjoy the outdoors. But the thing he loves most is the serenity.

“You get the feeling of flying, and I love the fact that you’re under wind power,” says Jarden. “It’s quiet — you don’t even hear the waves. You get in that Zen kind of moment.”