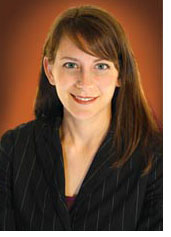 The December 2006 issue of Inc. magazine featured a story on Ken Hendricks, the CEO, chairman and owner of ABC Supply in Beloit, Wis. In the article, Hendricks was named Entrepreneur of the Year — a prestigious honor from a magazine focused on the success of those bold enough to venture into the unknown and establish their own business.

The feature outlines Hendrick's personality — that of a strong-willed, yet generous man — and provides a glimpse into how he rose from working alongside his roofer father to founding ABC Supply — the first national chain of roofing, siding, tool and supply wholesale distributors — with $3.1 billion in sales and 345 locations.

Frustrated with the inefficiencies he perceived in the roofing industry’s supply chain, Hendricks decided to take a risk and, in 1982, founded the business that has made him the 107th richest person in the United States. In reading about Hendricks, I was struck by one difference between his legacy and those of the jan/san distributors we profiled for this month's cover story, “Up Against.”

While Hendricks suggests that he found success pretty easily and insinuates that skill plays second fiddle to lady luck, the distributors interviewed for our story came to their success via a somewhat stressful, grueling route.

However, there is one common parallel between jan/san's distributors fighting to remain viable and Hendricks' empire: all are indebted to their workforce.

From the employees who stick with an entrepreneur with a grand vision, to the warehouse workers who help rebuild after a storm, people are what make a business.

Inc. quotes Hendricks as saying: “My whole life is about trying to treat the working man fairly and give him a good opportunity. If you've got a job you have pride. You can dream.”

Through thick and thin, the four distributors profiled in SM, as well as Hendricks, truly exemplify the importance of finding success, without sacrificing human dignity in the process.