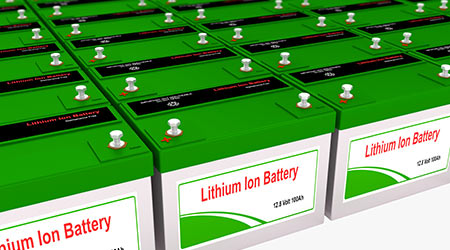 The lead acid battery has a long history of powering a variety of machines developed in various industries that are used for both professional and personal endeavors.

Created in 1859 by French physicist Gaston Planté, the lead acid battery is the first-ever rechargeable battery and still one of the more accessible batteries today, according to U.S. Battery Center.

Lead acid battery use is no different in a cleaning industry that has been powering both its small and large machines with the technology for years. Deep-cycle lead acid batteries, like flooded, absorbent glass mat or gel forms, which are sealed batteries, are a good choice for floor scrubbers and sweepers, says a white paper conducted by Trojan Battery Company, Santa Fe Springs, California.

Despite all the history and widespread use, lead acid is facing increasing competition from a battery-type that’s picking up favor in the cleaning industry: lithium ion.

Like lead acid, lithium ion batteries come in varying chemistries and cell structures. The three most popular cell structures are cylindrical, prismatic and pouch. Despite a variety of chemistries available, the ones most often referenced by manufacturers interviewed for this article were lithium iron phosphate and lithium nickel manganese cobalt oxide.

“[Lithium iron phosphate batteries] provide long cycle life making them the most cost-effective lithium solution over the life of the battery,” says Feodorov.

Lithium iron phosphate’s future in the janitorial industry could be with floor machines, as Feodorov says it is used in golf carts, floor machines, recreational vehicles, boats and more.

Lithium ion technology has entered the jan/san industry primarily as a power source for cordless backpack and upright vacuums. There are other applications through which lithium ion can increase its presence in industry moving forward.

Battery manufacturers believe they and their peers, along with the original equipment manufacturers (OEM) of products, will decide what type of battery is used for products, like an autoscrubber. Should this scenario playout, the end user wouldn’t have a pick of the litter when it comes to choosing its lithium ion battery.

“[The end user] probably won’t get a choice between the different kinds of lithium,” predicts Chris Botting, manager of research at Delta-Q Technologies, Burnaby, British Columbia, Canada. Botting believes the OEMs will typically offer both lead acid and lithium  ion versions of the machines they create.

Feodorov agrees that OEM engineers and the lithium suppliers they select will dictate what chemistry of the battery will go into newer products. However, she thinks the end user will be able to decide what chemistry of battery they want for existing equipment in the aftermarket in the situations where the lead acid or lithium ion batteries are being replaced.

“If they are replacing lead acid batteries, lithium iron phosphate is the easiest because the charging voltages are in the same range,” says Feodorov.

Performance, price, safety and quality would also be a factor when choosing between lead acid or lithium ion, or two different lithium ion chemistries, she says.

next page of this article:
Powering Floor Cleaning Machines