Cleaning: Business & Industry
Put It In Drive
BY Becky Mollenkamp 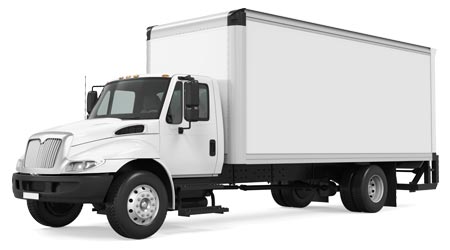 The United States is in the middle of a driver shortage, fueled by an improving economy and a low 3.8 percent unemployment rate. Even worse, the American Trucking Associations says the deficit could more than triple from about 50,000 to 175,000 drivers by 2024.

This problem affects more than just giants such as Amazon and UPS. It also puts the squeeze on jan/san distributors and their ability to get products to customers in a timely manner.

“Driver shortages are a major concern for anyone in the business of shipping goods,” says Wes Humphrey, senior vice president of operations at Imperial Dade, Jersey City, New Jersey. “Fewer drivers increases operating costs, which often are passed on to the end consumer. Everything in the supply chain is affected. The whole process is cyclical and it is not good for drivers, companies or the end consumer. Everyone loses.”

Driver shortages tend to happen each time there’s an uptick in the economy. When jobs are plentiful, why are applicants for driving jobs scarce?

“I think it’s one of those professions that over time has become less and less in favor with younger generations,” says Joe LoPresti, senior vice president of human resources, EBP Supply, Milford, Connneticut.

When people have more choices for jobs, they dismiss driving for many reasons — low pay, unattractive benefits, long hours and lack of prestige.

“When the economy is in a more difficult state, people have fewer choices, so they are more tolerant about work environment and compensation packages,” says Ryan Law, COO, Brady Industries in Las Vegas. “Today, it’s a different climate. They have options and they are pursuing them. They may take jobs they like less but that pay more.”

For long-haul drivers, lifestyle is a top concern. Work-life balance can be nearly impossible when the job takes people away for weeks at a time.

Most drivers in the jan/san industry have different concerns, says Humphrey. Although drivers are typically home each night, they may work 11-hour days and make dozens of deliveries. They must move quickly, navigate traffic and always be “on” as they interact with customers.

“It’s a very physically and mentally demanding job,” says Humphrey. “When times are good a lot of people who don’t like the lifestyle drift away from commercial truck driving to other jobs, which may be less taxing.”

Commercial driving is also highly regulated, which contributes to driver shortages. In 1937, the federal government issued its first hours of service (HOS) rules, which outline the maximum number of hours that drivers can work.

Until recently, drivers recorded their HOS compliance in paper log books, which meant they or their employers could manipulate the numbers so they could drive more hours. Now they are required to use an electronic logging device (ELD) to automatically record their duty status.

“If they are paid by the mile, it costs them money, and they’re finding other careers in many cases,” says Law. “We’re in a healthy economy, so there’s more demand for drivers, and there’s a shortage being created by ELD adoption. It’s the perfect storm.”

next page of this article:
Better Work-Life Balance, Pay Leads To Employee Retention