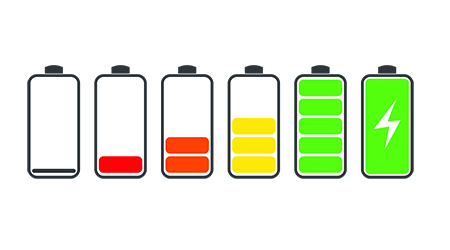 Batteries are deceptive. There doesn’t seem to be anything particularly complicated about them, especially compared to some of the more technologically advanced machines they power. Hence, batteries often don’t get the attention they deserve.

This neglect can result in equipment failure, property damage (for example, charging certain batteries in a poorly ventilated, enclosed space can spark fires due to off-gassing), and even workplace injuries — making clear that batteries aren’t so simple after all.

Key to prolonging battery and equipment life and reducing the potential of incurring a hazardous situation is proper charging, maintenance and storage. Spelled out in operations/owners’ manuals, these would seem fairly straightforward procedures for end users. But this is not the case. Instead, mistakes are common.

Consequently, it’s essential for jan/san distributors to deliver the necessary education and training to building service contractors, facility cleaning managers and their staff. Doing so drives home the importance of giving batteries the ongoing attention they require.

According to John Grier, general manager of ATRA Janitorial Supply Company and ATRA Maintenance Repair Company in Pompton Plains, New Jersey, one of the most ubiquitous charging errors is “opportunity charging.” This means putting equipment back on charge before it’s necessary. But it’s also important to note that charging demands differ by battery types.

Consider lead-acid and AGM/gel batteries. An operator must be trained to discharge these batteries to at least their half-life before charging, and they should never be enclosed while charging. They need to vent during this process, says Grier.

Operators should limit the number of charges for lead-acid batteries to one per day, says Jerry Pavlic, division manager, equipment for Brady Industries, Las Vegas. Charging them more frequently can lead to premature failure due to accelerated solution loss and constant heat exposure.

Distributors should stress to their end user customers that lead-acid batteries also have life cycles, says Grier. Whenever these batteries are charged, a life cycle is used up, which is why charging the machine before 50 percent discharge can “dramatically reduce” battery life.

On the other hand, because AGM/gel batteries don’t run as long as lead-acid batteries, they can be charged up to twice a day, Pavlic says. But their shorter run times can lead to opportunity charging, he cautions, which can again cause premature failure as these batteries are only rated for 300-to-500 charge cycles.

It is vital to follow the manufacturer guidelines for the correct voltage and to avoid overcharging AGM/gel batteries, either of which could damage the core, reduce battery life or permanently destroy the battery, cautions Dennis Flaherty, general manager and vice president of sales for the Tahoe Supply Company in Carson City, Nevada.

He adds that when charging lithium ion batteries, end users must understand that it’s important to maintain a charge of 50 percent or higher daily, letting them drop below five percent once every 30 days. Otherwise, battery life will be reduced.

Although Grier says lithium ion batteries are “less temperamental” than their lead-acid counterparts, they can be slow to charge. It is important to communicate this fact to customers so they can workload appropriately and account for a machine’s charging time.

Ensuring the charger is set to the appropriate program for the battery will help reduce the likelihood of charging errors, says Jim Lety, director of janitorial sales for Imperial Dade, Jersey City, New Jersey. Patience is also important when charging certain batteries, like AGM or gel.

One of the most common charging mistakes Lety sees involves flooded batteries.

next page of this article:
Common Battery Maintenance Mistakes