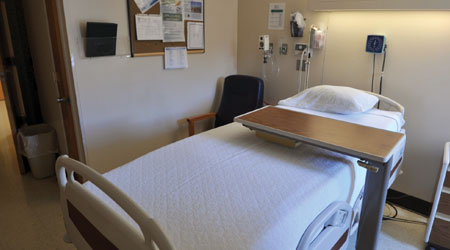 When one thinks of a hospital, he or she likely pictures a clean and sterile environment, with medical staff dressed in pure white moving through rooms that smell of antiseptic and bleach.

The reality is somewhat different.

Hospitals are filled with sick people, and those sick people are walking around, coughing, giving tissue and blood samples, and otherwise interacting with everything around them — not all of which is as clean as one might hope. In fact, the U.S. Centers for Disease Control and Prevention (CDC) reports that between 5 and 10 percent of patients in the United States each year contract a preventable healthcare-associated infection (HAI) while hospitalized. This is approximately 1.7 million HAIs occurring annually in U.S. hospitals, leading to an estimated 99,000 deaths and $20 billion in healthcare costs.

Even worse, while data about HAIs at long-term care facilities such as nursing homes and assisted living facilities is limited, the CDC has stated that an estimated 1 million to 3 million serious infections occur annually, with up to 380,000 deaths from such infections each year.

Every department and individual in every healthcare facility can play a role in preventing HAIs — especially environmental services (EVS) departments, since they’re responsible for cleaning numerous surfaces and objects that can unknowingly increase the risk of infection. Distributors play a key role in HAI prevention as they are the ones who can properly outfit and train the cleaning personnel.

“One well-trained housekeeper who knows what she’s doing, and has the right chemistry and tools to do her job will prevent more infections than a roomful of doctors can cure,” says Darrel Hicks, author of “Infection Prevention for Dummies.” “We save lives all the time; we just don’t know whose lives we’ve saved because we did the right thing at the right time and in the right way.”

next page of this article:
Understanding Sanitizers, Cleaners And Disinfectants