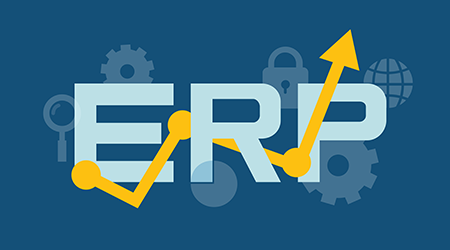 Amazon's courting of jan/san users has been going on for years and the buzz surrounding this budding relationship grows considerably louder. Everywhere from trade show floors to office break rooms, distributors discuss how far Amazon's encroachment into their space has gotten, and theorize just how heavy its offensive could get. Luckily, jan/san distributors have very real reasons to be optimistic about not only their chances of surviving in the era of e-commerce, but also thriving. They just need to be willing to fight and adapt to accomplish these successes.

Stand toe-to-toe with Amazon and a jan/san distributor might feel as helpless as someone running a marathon without training — and for good reason. The company has built up a ridiculous amount of resources. One of the most important assets Amazon has in comparison to smaller distributors is money.

"Cash flow is critical to any company, even more so to a small distributor. Extending payment terms beyond the industry standard of 20 or 30 days (like Amazon does) means the distributor's days sales outstanding must increase in value, which increases the chances the distributor has to borrow money to finance their growing receivables," says Randy Lane, national sales manger at PIC Business Systems, San Antonio, Texas. "Amazon has deep pockets and so much money it could almost be its own bank."

Customer service has never been too much of a concern for jan/san distributors. However, Amazon's extremely fast and efficient model for transferring product from the distribution center to the end user has jan/san distributors large and small feeling hyper self-conscious about a shipping process that had always been considered to be a strength.

"Distributors made their mark on the concept of having the item in stock and being able to pick it, pack it and ship it quickly. Amazon is able to do that better than almost any distributor can because of their scale and automation capabilities," says Dan Kaminstein, senior product manager at Epicor Software Corporation, Austin, Texas.

No one company is perfect and Amazon certainly isn't an exception. However, the consistency with which Amazon is able to fulfill an order both on time and accurately gives the e-commerce company an almost mythical standing among customers. In the rare event an issue does arise, Amazon will do what it can to make the situation forgivable.

"If you order a Prime product and it doesn't get there in two days, it's probably a carrier issue," says Bob Hestenes, president of Step1 Software Solutions, Newbury Park, California. "If [Amazon] doesn't hit expectations, they make up for it."

Case in point: Hestenes says his son recently bought a camera lens online. When Amazon totally missed their intended delivery date, Hestenes' son, a Prime member himself, was upset. Not wanting to lose a customer, Amazon used one of its greatest resources (money) to completely cover the cost of the expensive lens.

"Boy did they buy his loyalty," says Hestenes.

Between Amazon filling the order correctly 99 percent of the time, compared to a jan/san distributor's slightly less stellar fill rate, and the way in which the company makes up for rate shortcomings, traditional distributors have to live up to a lot.

"[Amazon] has ratcheted up everyone's expectations of performance," says Hestenes. "Before [a faulty order] would have not been a big deal. Now, if this happens two to three times, customers start looking for another vendor."

One group in particular, the Millennial, gets quickly frustrated when one order is not met — even if the past 120 or so have been. Knowing this, jan/san distributors who have always done a good job of filling orders accurately and on time are calling software providers looking for any help they can get.

"I get more calls from people worried that they are backordering too much than I have ever before," says Hestenes. "Their number of backorders are still the same, but they get into trouble with it easier."

The numbers are still strong. Really. Step1 took a look at the performance of one potential customer that is a jan/san distributor and saw that the company was filling orders at a rate of 97 percent. Despite the fill rate — which many jan/san distributors would be happy to have — this distributor was overcome with anxiety over the thought of being dropped.

"It's not as if Rome is burning, but they're starting to get hit a bit right now," says Hestenes.