The offices and warehouse of Hercules & Hercules Inc. are located in Northwest Detroit. The neighborhood shows signs of past deterioration and neglect, but it is improving like other neighborhoods in Detroit.

Visitors can see where the city has demolished abandoned homes, repaired street lighting and removed trash from the side of the road. It looks like an area in much need of revitalization, attention and support. But a strong business community looms just around the corner of the blighted area, bringing a sense of purpose, life and employment opportunities for city residents. And inside the beautiful buildings of HHI, business is still going strong.

For company the leaders of HHI — President Belinda Jefferson, her father, CEO and Founder Hercules Jefferson Sr., and her mother, CFO Mrs. Walter — Detroit is home. And neither theft, government bankruptcy nor anything else is going to get this distributor to leave the city. 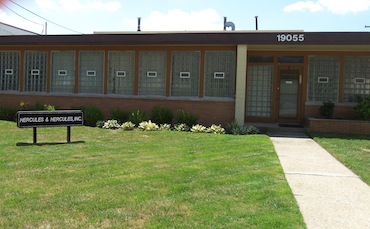 For five decades, HHI has operated in the city. They’ve benefitted from its booming years as an automobile goliath, and recently endured its crash. But the leaders of HHI believe in the Motor City and are confident it will prosper again.

“I have a feeling Detroit will be viable again. Detroit is a great city,” says Hercules. “There are a lot of people putting new things into the city, a lot of new people coming to the city.”

next page of this article:
From Janitor To Janitorial Supplier