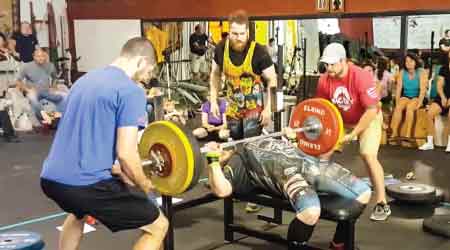 Asher Braaten has been powerlifting for two years. He demonstrates his ability to bench press more than 300 pounds.

When a guy can easily lift the equivalent weight of a piano waist-high and set it down again, you know he’s strong. Asher Braaten, sales manager for KB Commercial Products, a Billings, Montana, distributor, can do just that. He is a powerlifter, and so good at it that in his first statewide competition — the Big Sky State Games — he placed second after training for only five months.

“A buddy asked me to help him get ready for the state games. I think he was just using that as an excuse to get me into the sport,” says Asher. “That was two years ago. I got my first competition under my belt and fell in love with the sport.”

Asher trains six days a week, even when he travels. There are different ways to approach the training.

“One school of thought is to train different muscle groups every day,” he says. “The other approach is to purposely fatigue your muscles by working the exact same muscle group five days a week. This shocks the muscles into growing and building in a very specific way. But it’s tricky, and, if you’re not experienced, it can be dangerous.”

There are three different kinds of powerlifts: bench press, squat and deadlift. Asher bench presses (lifts a weight upwards while lying on his back) 315 pounds; lifts 455 pounds in a squat position; and deadlifts (picks up a barbell up off the ground and lifts it waist-high and back down again) 490 pounds.

“Powerlifting is the perfect sport for me,” says Asher. “I enjoy socializing with and competing with people, but I work best by myself, because I’m so much more motivated personally than in a team environment. Weight lifting allows me to compete without having to rely on anyone else. However, powerlifters are a close-knit group of people. You want everybody to do their best, and you can tell when someone is at their absolute max. And we coach and encourage each other.”

When Asher started powerlifting, he weighed 275 pounds. Now he weighs 198 pounds. He said that having a competition in his sights was really important to him.

“It wasn’t a goal of losing weight,” he says. “It was about working toward the state competition. It was both motivating and scary.”

Having a powerlifter at a distribution center is handy. Asher used his strength to help with a 1,000-pound pallet of multifold towels that shifted while on the truck.

“The entire pallet slid over and was leaning against the side wall of the trailer,” he says. “It couldn’t be lifted with a pallet jack, so I got under the pile of boxes and into a squat position between the pallet and the side of the trailer. I moved the load back onto the pallet using mostly my legs and back.”

“I just pick up them up and put them in our sales reps’ vans,” he says. 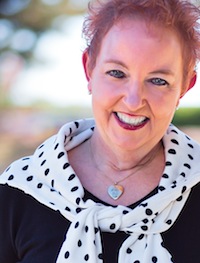