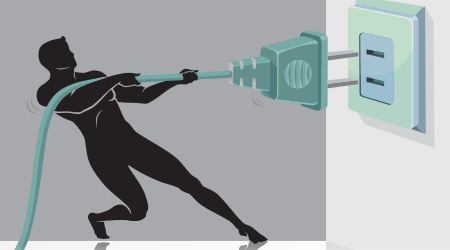 Vacuuming a 200,000-square-foot, multi-tenant office complex is labor-intensive work under the best of circumstances. But for Encore Cleaning Systems in Milwaukee, using plug-in upright vacuums made the task even more burdensome.

“The outlets were hard to reach, and it was difficult to find a cord that was long enough,” says Virginia Teat, president and CEO. “We had to add extension cords to our vacuums in order to reach the outlets.”

Moreover, when vacuuming large areas, employees would yank on the cord rather than walk back to the outlet to remove the plug. After replacing many damaged cords, Teat knew it was time to make a change.

“Costly repairs and safety were definitely factors in switching over to battery-operated upright vacuums,” says Teat.

Like Teat, more and more building service contractors are integrating cordless vacuum cleaners into their cleaning programs, giving custodians a measure of freedom that boosts efficiency and improves employee morale.

“When you cut that cord, your cleaner is able to move more freely without having to backtrack and unplug or unsnag a cord from underneath office furniture,” says Robarge. “I can’t tell you how many cords we’ve had to replace because we ripped them or broke the prongs.”

“They would hook on a door, and every time the plastic ripped we couldn’t use them anymore because they became a fire hazard,” says Sierra.

The vacuum cords were also causing damage to clients’ property.

“My employees were pulling on the extension cords and they were damaging the baseboards on the corners,” says Sierra.

When Sierra started servicing a hospital, she switched to a combination of cordless uprights and cordless backpacks and hasn’t looked back.

“It’s convenient, it’s saved a lot of time, and I don’t have to purchase any more power cords,” she says. “What used to take four hours can now be done in one hour.”

For daytime cleaning or facilities that are open 24/7, cordless uprights are an attractive option for vacuuming carpets, especially in populous areas, such as lobbies, entrances and elevators.

“There’s a huge safety issue [with plug-in vacuums] as our industry moves more and more into day cleaning programs,” says Robarge. “You don’t want to drag a cord around and cause a trip hazard — not only for our people but for any occupant in the building.”

Despite the benefits of cordless uprights, BSCs aren’t ready to ditch corded vacuums altogether. These units work well in smaller spaces or when foot traffic isn’t a concern. Corded uprights are also more powerful than their cordless counterparts, making them better equipped to loosen stubborn debris or food lodged in the carpet.

next page of this article:
The Benefit Of Cordless Backpacks