Cleaning: Business & Industry
What's In It?
BY JoAnn Petaschnick 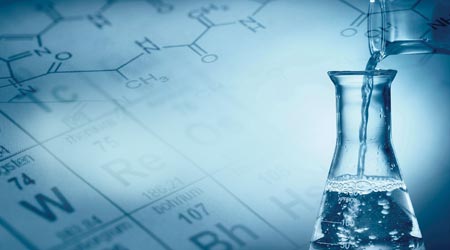 Transparency is a frequent topic of discussion, whether it’s politics, health care or business. It means just what one would think — to be able to see through an organization into its internal workings. In fact, the subject has been heating up inside the cleaning product manufacturing industry as two of the most populous states in the United States recently passed legislation with new ingredient disclosure requirements.

Earlier, on April 25, 2017, the state of New York announced an initiative called the Household Cleansing Product Information Disclosure Program to require manufacturers of cleaning products sold in New York to disclose the chemical ingredients on their websites, including weight and impurities. It is important to understand that despite the use of the term “household,” the New York program applies to commercial and institutional cleaning products as well as consumer products. The program was to begin in July of 2019 with smaller companies starting in 2020. Recently, however, implementation was delayed until October 2019 because of litigation.

There is some overlap, but there are several significant differences between California’s act and the proposed guidance from New York, according to an article in The National Law Review. For example, New York’s law is more expansive and requires ingredients with unintentional impurities to be identified on the label. In addition, each ingredient must include a term that describes its functional use or reason for inclusion.

The biggest difference between the two laws is the level of specificity, says Brian Sansoni, vice president, sustainability initiatives for the American Cleaning Institute (ACI).

Conversely, under New York’s program, it is not clear exactly what a manufacturer is expected to know about the impurities or contaminants present only as an unintended consequence of manufacturing.

And, even though New York’s disclosure program was released almost eight months after California’s, New York State Department of Environmental Conservation (NYDEC) intended to require the first phase of its implementation six months earlier, or by July 1, 2019.