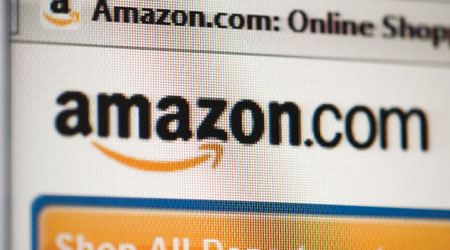 This is the first part of a three-part article about setting ups a Amazon Business storefront.

As Amazon continues to creep into the B2B supply market, jan/san distributors are weighing the option of opening a storefront on the company’s website in an effort to spur online sales.

The consideration reflects a seismic shift in attitudes among distributors, who, just a few years ago, collectively railed against the encroachments of the retailer. Today, however, the opposition appears to be softening. Experts blame it on Amazon’s reigning ecommerce technology.

“We all know they are masters of analytics,” says Bob Lewis, a senior partner at B2Becommerce, in Washington, D.C. “There is an opportunity to go on there and make money.”

But there’s also a concern that if distributors join Amazon, eventually the e-tailer will analyze what distributors are selling and to whom, and go after that market.

The online retail giant has had a somewhat shaky entrance into the B2B market, emerging first with the 2005 acquisition of SmallParts.com, which sold mostly parts for science labs and later expanding as a seller of 16 categories of industrial products through AmazonSupply in 2012. But lackluster sales led to the company shuttering the site just three years later.

In 2015, the company reinvented its B2B ancillary, and relaunched as AmazonBusiness. This summer, the e-tailer announced the site had reached more than $1 billion in sales in its inaugural year.

Although that number is small parcel for a company that earned a total of $107 billion in revenue in 2015, the company nonetheless made its intentions crystal clear: It was staking a claim in B2B sales and had every intention of sticking around.

In distributor circles, Amazon’s increasingly powerful ecommerce platform looms as an ominous threat to brick-and-mortar businesses. But as consumers, some say it’s hard to ignore the website’s convenience. The company’s tagline promises that same accessibility to distributors who sign on as vendors through AmazonBusiness: “Everything you love about Amazon. For work.”

Vendor services include everything from search engine optimization, advertising and analytics, to payment solutions, shipping, and fulfillment — without the hassle of a large investment and with all the prominence of the world’s largest online company.

For some distributors, there simply aren’t enough resources in the world to beat the ecommerce capabilities of the store that “sells everything from A to Z.” Consultants say it shouldn’t be surprising why distributors are swaying toward Amazon storefronts.

“People say, ‘We should be multi-channel, we should have a storefront, we should sell directly,’ says Gene Marks, president of the Marks Group PC, a business consulting firm in Philadelphia. “That sounds really good in theory, but in reality how is that going to be paid for?”

“I say, ‘If you can’t beat them, join them,’” says Marks. “I’m a huge believer in that. Leverage off of the services and resources they provide. It might be easier to just open up a storefront on Amazon.”

Yet, Lewis cautions against what he calls a “defeatist mentality.”

“Interviews have revealed that people like to conduct business with people they know,” he says. “They are able to build regional brand loyalty, and once they get somebody to their site, they stay there. That’s the thing you don’t get with Amazon. You can’t call them up.”

next page of this article:
The Debate About Amazon In The B2B Marketplace