Cleaning: SM
From The Editor 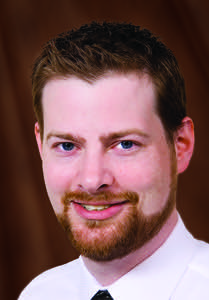 During the past couple years, I’ve slowly seen the Internet of Things (IoT) develop in the cleaning industry. I remember talking with manufacturers in Orlando during ISSA/INTERCLEAN 2014 about towel dispensers that soon would be able to send an alert when stock was running low. A few months later, I attended a press conference where a manufacturer debuted an autoscrubber with IoT technology that could track runtime, user location and more.

Those who attended ISSA/INTERCLEAN last year probably saw IoT on the show floor. I was surprised and impressed by how many manufacturers had already adopted the technology. And, just this past May, while at ISSA/INTERCLEAN Amsterdam, it was obvious where this technology — and the cleaning industry, for that matter — is heading.

From restroom dispensers to hand dryers to autoscrubbers to vacuums to chemical dispensers to the janitors themselves, practically every aspect of the cleaning program can be tracked thanks to Internet of Things technology. The question will be what to do with that data.

IoT is becoming so prevalent that it will produce more data than cleaning professionals need, making it easy to get lost sorting and analyzing all the numbers. It will become crucial that end users know what information is relevant — which is where distributors may be able to help.

It’s still unclear how much access distributors will have to their customers’ data, but I think distributors will be involved. Manufacturers won’t have the time to accurately analyze all the numbers without just relying on generic benchmarks. Distributors (and most likely consultants) will be able to offer a more personal approach to each customer. And in doing so, they can help end users plan more efficient cleaning schedules, determine proper staffing levels, and, ultimately, craft more accurate bids and budgets that will meet cleaning demands at a realistic price.

For more on the Internet of Things, see our cover story starting on page 10.