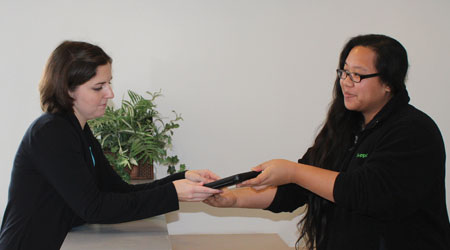 Industry veteran Bob Knoll, CEO of Millennium Distribution, based in New Braunfels, Texas, wasn’t the first to approach Horn and the Dixie Paper leadership team about an acquisition, nor was he the second. Two publicly held conglomerates had also recognized Dixie Paper’s strength and capabilities, and acknowledged their interest in the business, but were quickly turned down. Dixie Paper was a family business, built on integrity, faith and values. Selling to a large corporation could risk the legacy the Horn family had built, potentially leaving their employees exposed to a culture that valued profit over people. Horn was committed to preserving that legacy.

But Knoll’s pitch was different. He showed a distinct approach to acquisitions from the others. He also had a keen vision for the future built on years of industry experience. Most importantly to the Horn family, he spoke to his faith as the key motivation behind everything he does.

When Knoll met with Horn and the leadership team at Dixie Paper, he shared a few details about his background. Like how his first job after leaving the U.S. Army, where he served as an officer and captain, was selling trash can liners. And how he left a management position to become a distributor sales representative (DSR) for Bunzl in St. Louis, just so he could learn a different side of the business. He demonstrated that he wasn’t afraid to work in entry-level positions because it was in these roles that he was best able to talk to customers and listen to their needs and pain points.

Even though he never lasted in these roles for long because of promotions, he recognized them as his most meaningful career experiences that enabled him to see the opportunity in the market for a future distribution company.

After opening Bunzl’s Mexico Division and living in Monterrey, Nuevo León, Mexico, Knoll returned with his family to Texas and co-founded Millennium Distribution with Greg Payne in 2000. Differentiating itself from competitors by first evaluating the customers’ needs rather than leading with a specific product, Millennium has grown quickly, with a compounded growth rate of 28 to 30 percent since its founding. Its focus on e-commerce has contributed to that growth, allowing it to organically acquire customers. It has also experienced growth through the acquisition of regional distributors such as Broussard Paper in Baton Rouge, Louisiana.

During the meeting with Dixie Paper, Knoll also spoke about his plans for the future and his vision for Dixie Paper. Recognizing that traditional distribution systems will continue to fall behind as customers become more technology savvy, Knoll shared how impressed the Millennium team was with the e-commerce and social media initiatives Horn had led at Dixie Paper. He saw Millennium as the ideal vehicle to take those initiatives to the next level.

Impressed with the presentation, Horn discussed the opportunity at length with her family and other leaders within Dixie Paper. She thought about her grandfather, who started the business in Minden, Louisiana, with a book of business from another job and a few pieces of lawn furniture in the office. She thought about how her grandfather paid out the most competitive commissions to his first salespeople and how that commitment to employees has been a priority for Dixie Paper and the culture.

“Bob’s approach to acquisitions is very keen, yet personable,” says Horn. “He is committed to maintaining our legacy within this community, with our customers, vendors, and most of all, our employees. His vision for the future is fully aligned with ours from a variety of perspectives, but most attractively from the e-commerce and technology side.”

In October 2017, Knoll and his team acquired Dixie Paper and made Horn Millennium’s new director of supplier programs.