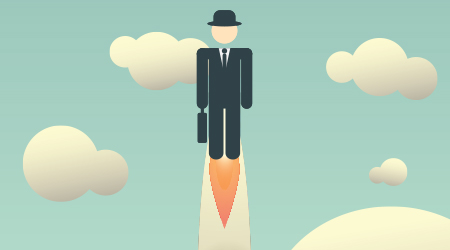 Jason Gscheidmeier has been promoted to the position of Chief Operating Officer. Gscheidmeier has been an integral part of von Drehle’s growth and success since joining the company in 2012. Previously serving as the Vice President of Sales and Marketing, Gscheidmeier oversaw the restructuring and development of the nationwide sales team, several market-driven price increases and the development and launch of the Transcend proprietary towel and tissue dispenser line. In his new role as COO, Gscheidmeier will assume responsibility for von Drehle’s two vertically integrated paper mills, four converting locations, Supply Chain as well as Sales and Marketing.

Larry Cook has been promoted to Director of Jan San Sales. Cook spent the past four years as the National Sales Manager for von Drehle. In this role Cook restructured and grew the nationwide team of Jan San sales reps. Under his leadership sales reps grew their territories, added distribution and increased proprietary towel and tissue sales. Cook has a deep tenure in the paper industry and through his relationship building skills and vast knowledge he will continue to extend and strengthen our partnerships with customers across the country.

David Hine has been promoted to Director of National Accounts. Spending the past 10 years learning all aspects of the Away from Home towel and tissue business, Hine most recently held the position of National Accounts Manager. In this role Hine built and managed several key national account customers. Hine is a true strategic partner to his customers and works closely with all departments of these accounts. The management and development of national accounts is vital to the growth and success of von Drehle. In his new role, Hine will oversee the national accounts team and work closely with the operations team to continue to provide customers with quality towel and tissue products.

Danielle Cannon has been promoted to Director of Marketing. Cannon joined the von Drehle team four years ago as the Product Manager. In the Product Manager role, she led and oversaw the development and launch of the Transcend towel and tissue dispenser line; a comprehensive proprietary dispenser line offering high-end aesthetics, features and benefits. This dispenser line along with other key product developments has provided sales growth across the country. In her new role, Cannon will continue to drive product development, brand management and provide the necessary tools for the sales team and customers alike.