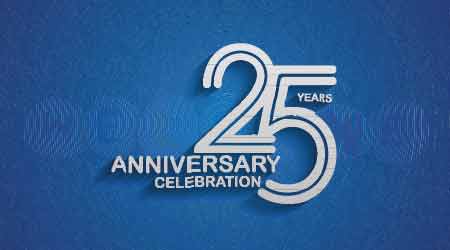 milliCare Floor & Textile Care, a franchise network of carpet and floor care professionals, celebrates its 25-year anniversary this year, but the company’s roots go back much further.

milliCare is part of Milliken & Company, which was founded in Portland, Maine in 1865. Milliken began producing floor coverings in 1968, and 20 years later, milliCare was created specifically to care for Milliken’s commercial accounts. In 1996, milliCare launched their franchise network of floor and textile care providers.

Over the past quarter century, milliCare has grown globally, with over 60 locations across seven countries. Though milliCare originally provided maintenance services for only carpet and textiles, their service offerings have expanded over the years to include hard surface care, performance coatings for flooring, and enhanced hygiene services. With a focus on innovation and sustainability, milliCare’s environmentally responsible services have saved millions of gallons or water, over a million hours of electricity, and have kept many thousands of square yards of carpet out of landfills. In addition, milliCare’s services have helped improve indoor air quality and facility hygiene for countless commercial facilities.

The company’s franchise owners both old and new acknowledge the impact that milliCare has had on their businesses. milliCare by EBC Carpet Services has been part of the milliCare franchise network from the beginning; its President Chip Rankin said, “Our company has only improved since becoming a milliCare franchise in 1996. Being partnered with Milliken & Company and benefitting from their leadership and product research plus having a great group of partner companies in our franchise from all over the world has helped us innovate, learn, and grow at a constant, consistent level.”

“Dia and I are so happy to be a part of the milliCare family,” said Robert. “The support we have received to launch our business in Texas has been absolutely fantastic.”

milliCare has built strong partnerships over their decades in business. One key partner is the International Facility Management Association (IFMA). Peter Ankerstjerne, IFMA’s chairman of the Board, congratulated milliCare on the significant anniversary, saying “milliCare has been a fantastic partner to IFMA as a Corporate Sustaining Partner, an educational supporter, and a supporter of the profession via our local chapters.”

Reflecting on milliCare’s history and future, Managing Director Steve Willis said, “The dedication and resilience of the milliCare franchise owners and their teams have driven our success for 25 years. They met the challenges of the past year and persevered; the strength of the milliCare culture will propel us into the future for many more anniversary celebrations.”